Flatland community reporter Vicky Díaz-Camacho joined Truta in the continuing conversation around Hispanic Heritage Month. Listen below to hear a round-up of Kansas City’s Latinx music coverage, plus your go-to Hispanic Heritage Playlist by The Bridge.

This week, Linda Ronstadt was honored with the Hispanic Heritage Award for her pop songs and her mariachi hits, which paid homage to her Mexican family’s roots and the music she grew up with. In her NPR interview, she says her father sung to her in Spanish and this influenced the way she sings, or “belts,” as she called it.

This week, we’ll share a song off her all-Spanish mariachi album, “Canciones de mi Padre” — translated to songs of my father— which she performed in Kansas City at the Arvest Bank Theatre at the Midland for a benefit concert in 2009. Money raised helped support a burgeoning mariachi music program at Our Lady of Guadalupe School. 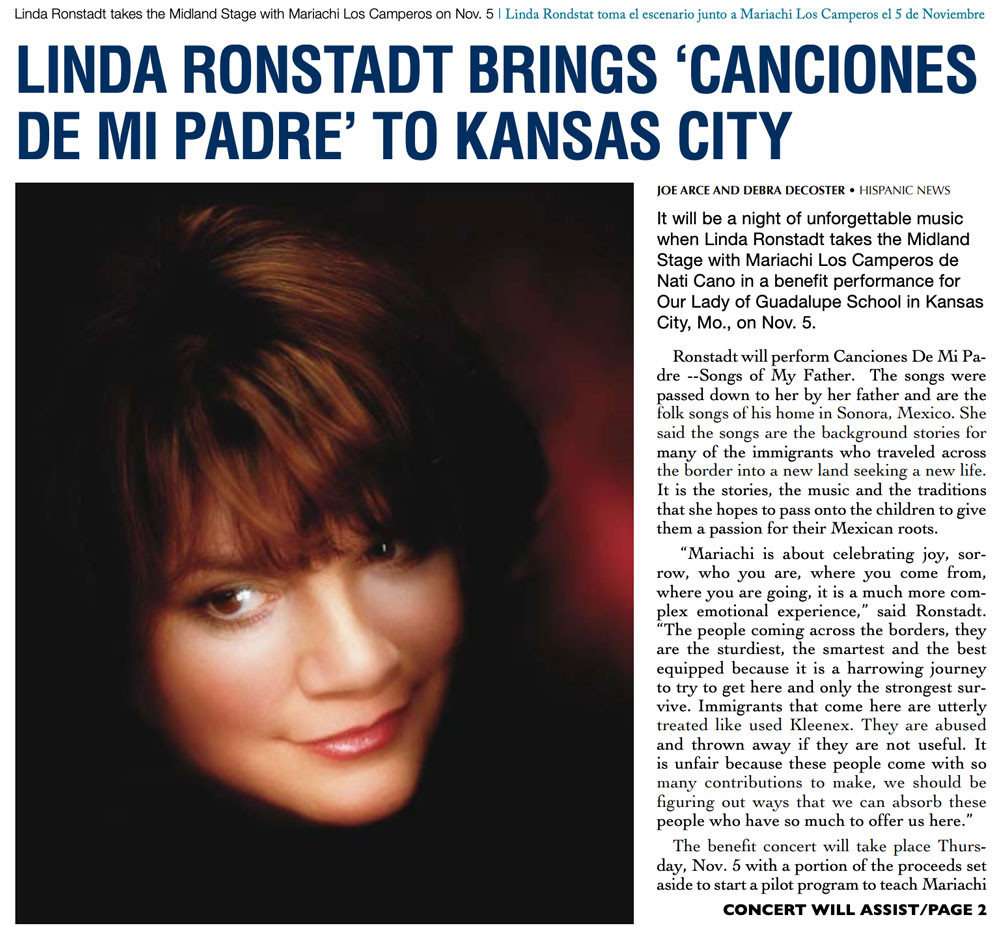 Here’s one of Linda Ronstadt’s special mariachi tunes, and some songs that celebrate Latinidad:

This song is off her mariachi album. You can hear her kick into the guttural, emotional part of the mariachi style when she hits those high notes. If you go back to her English songs like "Blue Bayou," you’ll catch some vocal intonations that might remind you of the mariachi gritó — or yell.

I had to bring Helado Negro back because we only played his remix a couple weeks back. This song sticks to me — always has since its release — because of its message of pride. He’s so unabashedly Latino.