On this episode of the Eight One Sixty on 90.9 The Bridge, we welcome back Sarah Bradshaw! She’s been out since February, when she and her husband had a lovely baby girl. It’ll be great to have her back on the air!

We're going to talk about a massive craft and maker faire happening in KC on Saturday, May 11 called The 5th Annual Spring Swing!, part of The Strawberry Swing Indie Craft Fair series of craft shows. Three bands will be part of the event and we’ll hear from all of them: Betse & Clarke, a new project from Chris Hudson & Chad Brothers, and brand new music from Grand Marquis.

And ICYMI, local musician/filmmaker Morgan Cooper has been receiving massive praise a video he created of his take of a reimagined and updated Fresh Prince of Bel-Air. Last week he was interviewed by none other than Will Smith himself. We’ll hear some music from him and ConductorWilliams’s project called BLKFLANL. 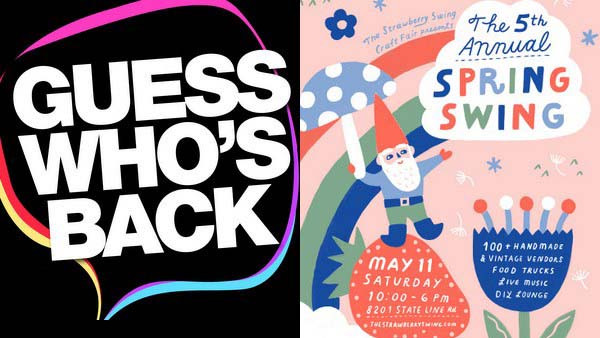