This episode of Eight One Sixty welcomes the musicians from Quixotic's brand new production, Sensatia Cirque Cabaret. We're joined by Shane Borth, En Vee and Ben Muñoz, who will talk about the amazing new show and music. The show is happening every weekend at Crown Center, from now through November.

After that we'll hear some music from Krystle Warren who is back in KC from France for two special performances this weekend, at Polsky Theater in Johnson County Community College's Yardley Hall. Krystle will perform her double album, "Love Songs," with a 12-piece band, and the Owen/Cox Dance Group has choreographed dance pieces to every song.

Also, this Saturday is the eighth annual OUTER REACHES VIII Fest at recordBar. A half dozen bands are part of the event, and we'll hear from a mysterious duo called Thunder Jackson, one originally from Oklahoma and the other from the south coast of Wales. 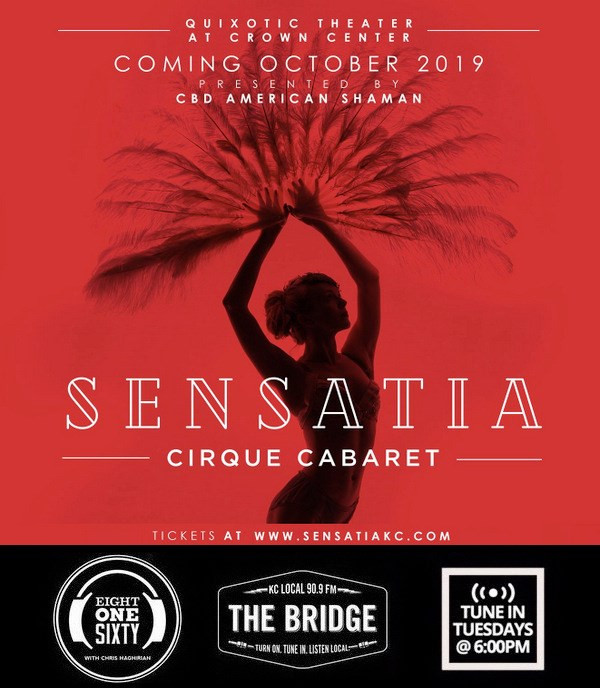