Now playing: Save Me Aimee Mann

On this week's episode of the Eight One Sixty, we're joined by special [virtual] guest, Madisen Ward of Madisen Ward and the Mama Bear! Madisen is a great singer-songwriter, film geek, pop-culture fan, a talented showman and a bit of a comedian. He's taken all of these traits and turned them into a series of recordings that he calls "Quarantunes." On the show we'll play several of his Quarantunes and enjoy his storytelling during these weird times.

Also on the show, we'll play brand-new music from The Sluts, Kerosene Culture, Lava Dreams, Una Walkenhorst, Quiet Takes, Sam Wells and Ivy Roots. Some of the music came out recently, some comes out this week and some is a preview of music coming out soon. Despite the current state of things, there is so much great music coming out and we're happy to share it with you! 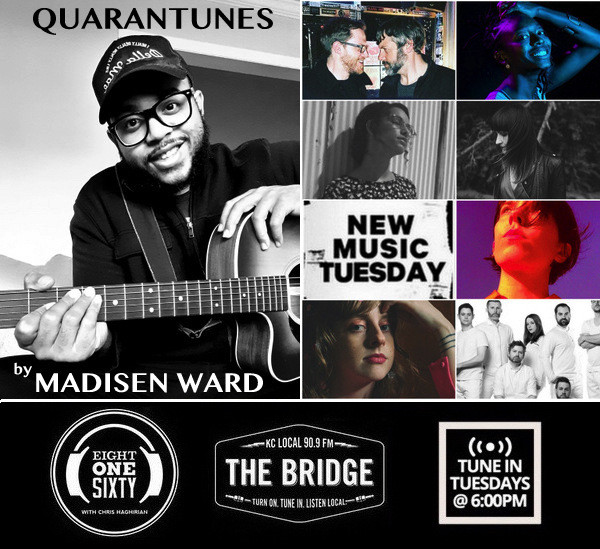