On this week's Eight One Sixty, Chris will be talking about this weekend's 2019 Plaza Art Fair. In addition to the 240 artists showcasing their art and 20 restaurant booths there are three stages hosting nearly 50 acts of live music. One of those acts is Miguel Antonio, and he’ll be joining us on the show — he's playing the Main Stage on Saturday, Sept. 21 at 2 p.m. We’ll hear a couple new songs from him, talk about other acts playing the event and go over some art fair logistics as well. 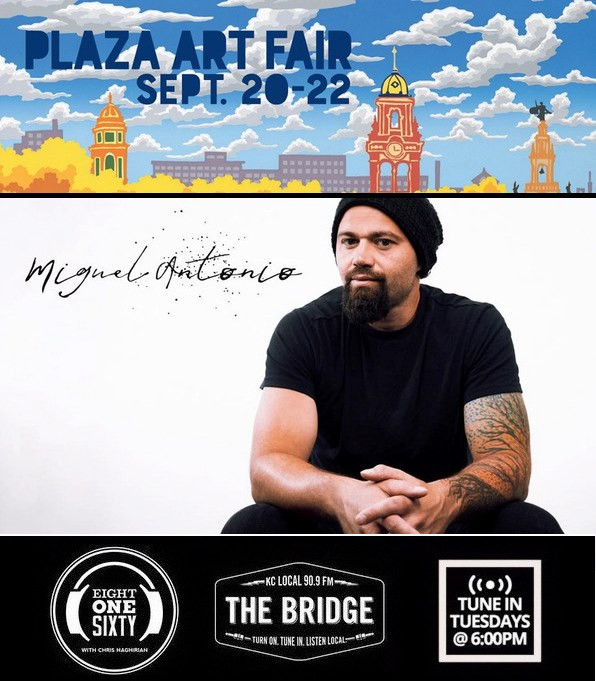