Home Eight One Sixty Middle of the M...

On this week's Eight One Sixty, Chris will be playing songs featured in movies at the Middle of the Map Film Fest. The fest runs from this Wednesday, Aug. 28 through Wednesday, Sept. 4 at Screenland Armour, and will screen 20+ films from around the world: feature films, independent flicks, award-winning movies, rockumentaries, documentaries, along with with a mini music fest, and short films.

On the show we'll hear music and trailers from the films, plussome of the bands playing at The Rino and Old Shawnee Pizza at Repeal 18th - NKC as part of the fest. Acts like The National, JAY-Z, Pedro The Lion/David Bazan, Queen, Arrested Development, Nublvckcity, Soultru, Good Saint Nathanael, and Jim Gaffigan and his take on Hot Pockets.

Nathan Reusch, who curated the Film Fest with Adam Roberts at Screenland, will join us on the show and we'll talk about all of the can't miss films at the fest. 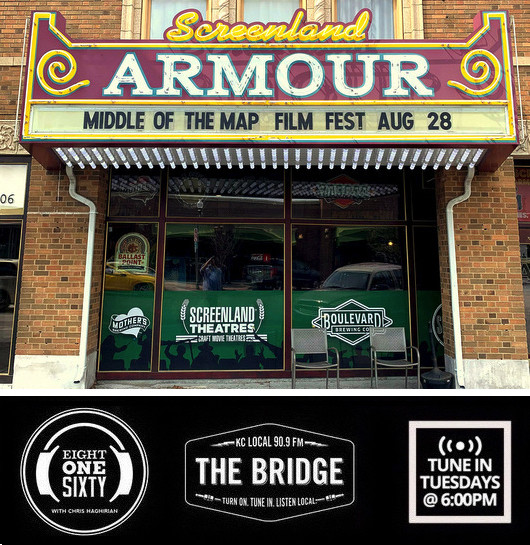