This week's episode of Eight One Sixty will feature TWO guests. Cowboy Indian Bear is one of Chris's all-time favorite KC-area bands, and they’re performing a reunion show this Saturday, April 27 at The Bottleneck. It’s part of the big album release show for Hembree. The show is nearly sold out and should be an amazing night.

Then, we’ll be joined by one of the founders of a new organization in KC called Women on the Rise. Leah Watts joins us to talk about the nonprofit organization and their mission to educate, empower and elevate women in all aspects of music and the music industry. They’re hosting a special event on Saturday, May 11, and we’ll get the full story about the event and what they’re working to accomplish. In this segment, we’ll hear music from Leah Watts and Erin Eades.

We’ll wrap up with a song from a band on a great lineup playing a fundraiser show at miniBar on Saturday, April 27 for Speak Up KC, a local suicide prevention group. The show has been organized by Manor Records in honor of their friend Bennet Jones, and the lineup is Drugs & Attics, The Rubs, Mild Cats, Mouton, Golden Fleece and Momma's Boy. 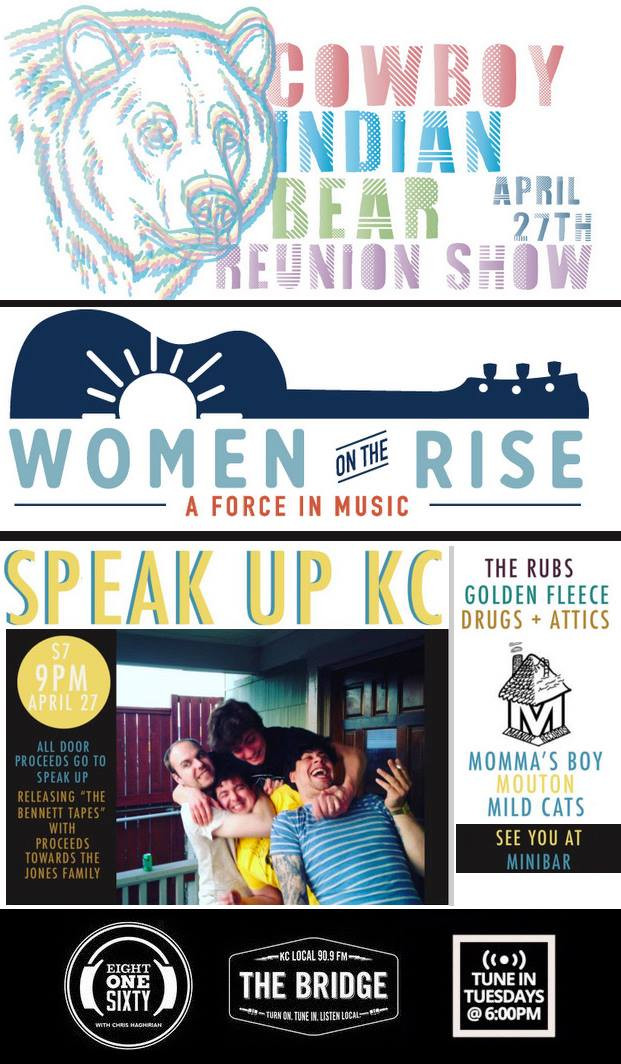