On this week's episode of Eight One Sixty, we welcome one of the hardest working musicians in KC, Enrique Javier Chi of Making Movies. Making Movies are having an amazing year — they released an album with Rubén Blades, received love from NPR Music, played shows all around the map and so much more. They’re coming home to throw their amazing fifth annual music and arts festival, Carnaval at Knuckleheads Saloon on Saturday, Sept. 7.

The event has two purposes: one is to blow you away with a great show from an impressive lineup of bands: Making Movies, Las Cafeteras, Grand Marquis, ÉSSO and more. We’ll hear music from those acts on the radio show.

And the other function, the fest serves as a fundraiser for the band's music education nonprofit, Art As Mentorship, which helps youth in underserved communities learn about music and even gives them an opportunity to record in a real studio.

We’ll also hear a brand new single by OLIVIA FOX, celebrating the release of their new album on Aug. 24 at Knuckleheads. We’ll alos hear one from Grammy and Oscar winner, Common, who will be stopping by the Kauffman Center for the Performing Arts on Thursday, Aug. 29. 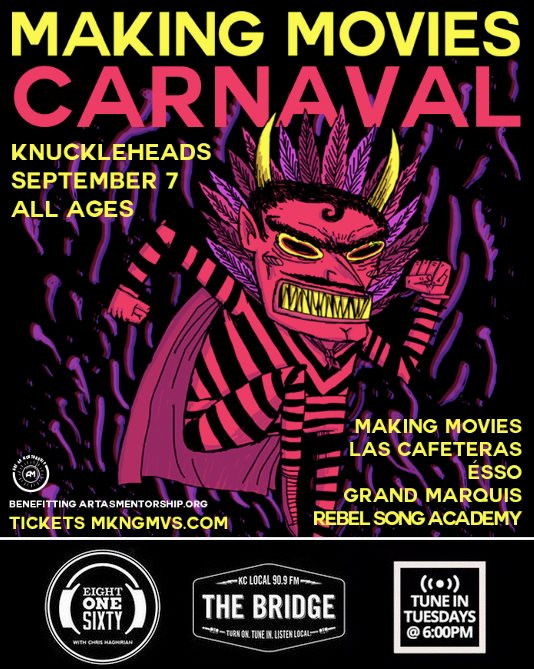