It’s Labor Day weekend, and you know what that means — it’s the last unofficial weekend of the summer. The city will be jam-packed with activities, from First Friday in the Crossroads to the Kansas City Irish Fest and much more. Check out a few other #kcmusic celebrations this weekend:

The Kauffman Center is throwing a big birthday bash tonight. The event, free and open to the public, will be an eclectic night of music from the Kansas City Ballet Second Company, Lyric Opera of Kansas City's Resident and Young Artists and the Kansas City Symphony Chamber Ensemble, plus The Grisly Hand, Jessica Paige (featured in the video above), The Phantastics, Hembree, Calvin Arsenia and DJ Sheppa. Listen to this week’s Eight One Sixty to find out more.

If you weren’t able to make it to The Conquerors’ first LP release show last weekend, you’ll have another chance this evening. The band will have copies of “Wyld Time” at its in-store at Mills Record Company — the album is already receiving rave reviews, so be sure to grab a copy. The Gorlons will be opening.

Jorge Arana Trio is celebrating the release of its second full-length album, “Mammoth,” this Friday at recordBar. Read our feature with the band, and pick up a copy of the album at the show, with special guests 34 and Riala. The trio will also have a Lawrence, Kansas release next Friday at Jackpot Music Hall.

Psychic Heat (featured above, photo credit: Jeff McKee) has been keeping busy this year, with a string of tours and the early summer release of full-length “Sunshower” on High Dive Records. This time, the fuzzy psych rockers will be releasing a 7-inch record "Stranger" / "Starve" on Replay Records, and, of course, celebrating at Replay Lounge on Friday. If you’re in KC, the group will be at The Blind Tiger next Friday. 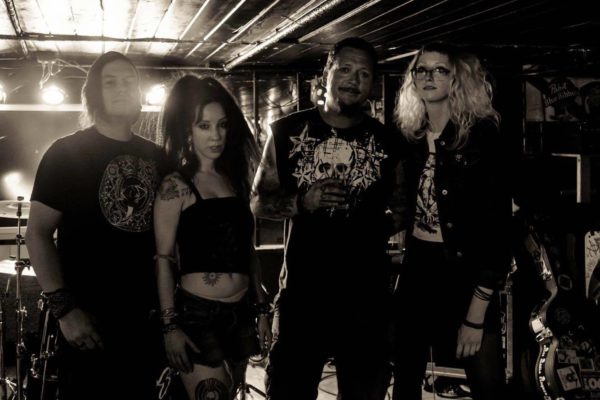 From noon to midnight on Saturday and Sunday, the Platte County Fairgrounds will be overrun with vintage custom cars, hot rods and music at the 16th annual Greaserama. Watch for performances from bands like Red Kate, Drop A Grand and The Bad Ideas.

Eddie Moore and the Outer Circle is releasing its LP “Kings and Queens” on Ropeadope Records this weekend, and will hold a listening party at Mills Record Company on Saturday. Moore and members of his ensemble will host a Q&A session after the listening party. Check out a preview of the album, recorded with Duane Trower at Weights and Measures Soundlab.

Christopher Tolle started recording his debut solo album “Early Reflections” back in 2008, after his time in The Creature Comforts and in between albums with The Belles. Mixed and mastered by Kliph Scurlock — who also plays drums on most of the tracks — “Early Reflections” display a songwriter with a remarkable ear for blissful power pop hooks, backed by an impressionable, sincere vocal delivery.

Kenn Jankowski has been keeping busy since he formed Jaenki as a solo project in 2012, and eventually enlisted fellow Republic Tigers keyboardist Ryan Wallace and drummer Drew Little (Vedera, The Slowdown). The group’s debut “EP 1” was released this week, a polished four-song effort of esoteric electronic sounds and stylish rhythms.

From the mid-2016 release “It’s 4 A.M. Somewhere” comes the debut music video from Chris Meck and the Guilty Birds, for the classic soul and rock-influenced tune “Brave and Reckless.” In the interest of full disclosure, I am the drummer in this video.

—Michelle Bacon is a musician and writer dedicated to the Kansas City music community. She advocates for and helps spotlight music in the area, writes web content for 90.9 The Bridge, and plays with The Philistines and Chris Meck & the Guilty Birds. Her grandma will always be the coolest person she knows.