Now playing: Only For A Moment Lola Marsh
909 News

Jason Sudeikis and friends are back with 90.9 The Bridge for the Thundergong! takeover inside the KC Streetcar!

Tune in to The Bridge on Thursday, Nov. 7 from 4 to 6 p.m. We'll be broadcasting live from Union Station, where Sudeikis and friends will take over for two hours of comedy and music, with special guests like Madisen Ward & the Mama Bear, standup magician Derek Hughes, Jim Suptic and Matt Pryor of The Get Up Kids, and many more!

Kansas Citians are invited to watch the show from Union Station's plaza. Yard games, food trucks and other entertainment will be available. You will not be allowed to board the Streetcar unless you have received special access through a contest. 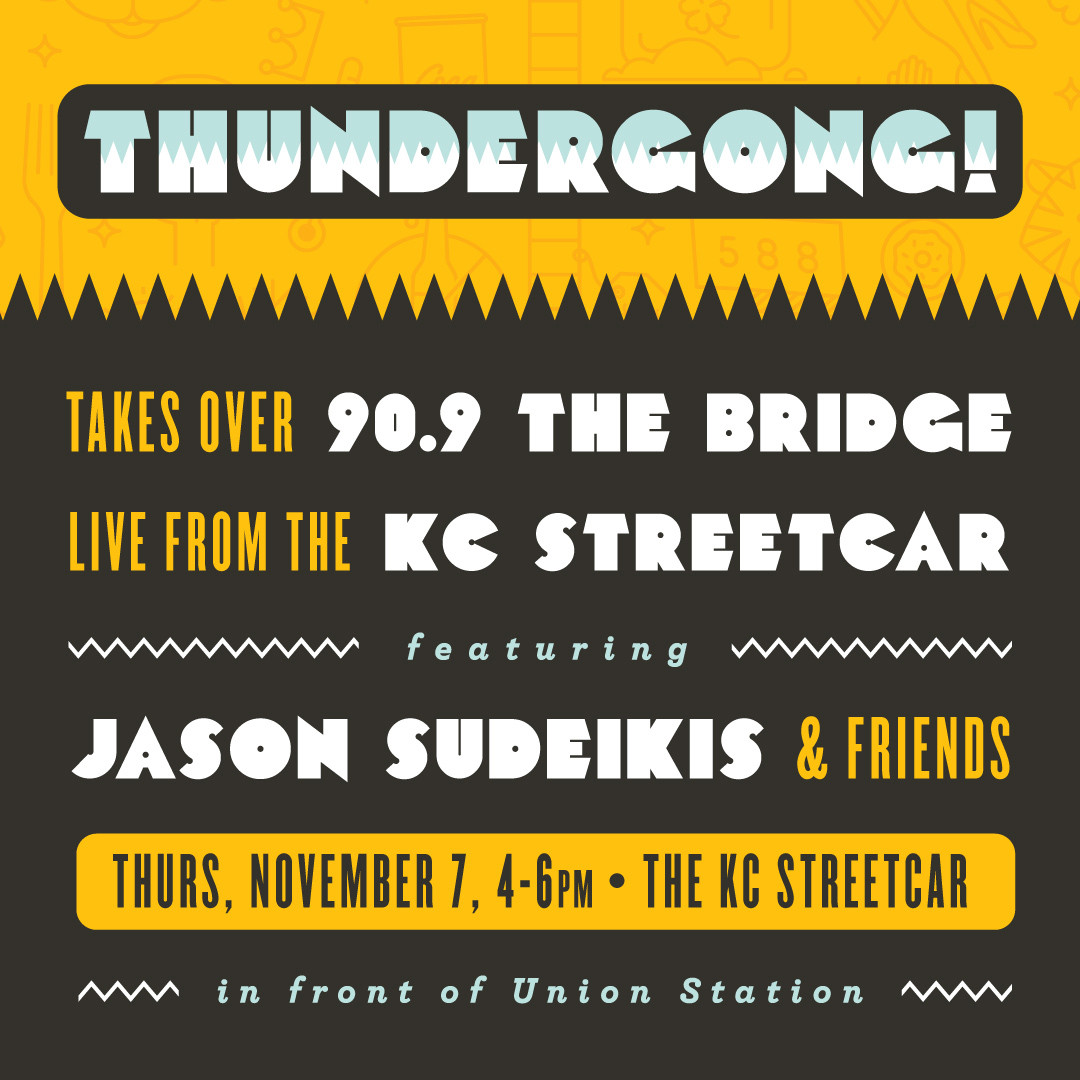 This event will help promote Thundergong!, a fundraiser for Steps of Faith Foundation — a Kansas City-based organization that assists amputees with the costs of prosthetic care — at the Uptown Theater on Saturday, Nov. 9!

Wanna get in on the action? Listen to Truta's morning show on Tuesday, Nov. 5 to enter for a chance to win VIP tickets to the takeover — you'll get to sit on the streetcar during the takeover with Sudeikis and friends!