It’s a beautiful spring day as I drive toward the home of J. Ashley Miller — local musician, engineer, producer and creative force behind local acts like The Golden Calves, Metatone, Quadrigarum, and Atemporchestra.

On the way to his family’s rural North Kansas City acreage, one passes by millions of dollars worth of mansion estates, but just a bit further down the road and around the bend, you come across some seemingly out-of-place sculptures. That’s where you’ll find the Millers’ land.

Spring is starting to bloom around the hilly property and fresh buds abound on the plantlife surrounding the house – an architecturally remarkable collection of boxes and angled roof lines. In the yard, there is a small stage next to a fence-hung sign exalting “I Can Music.” 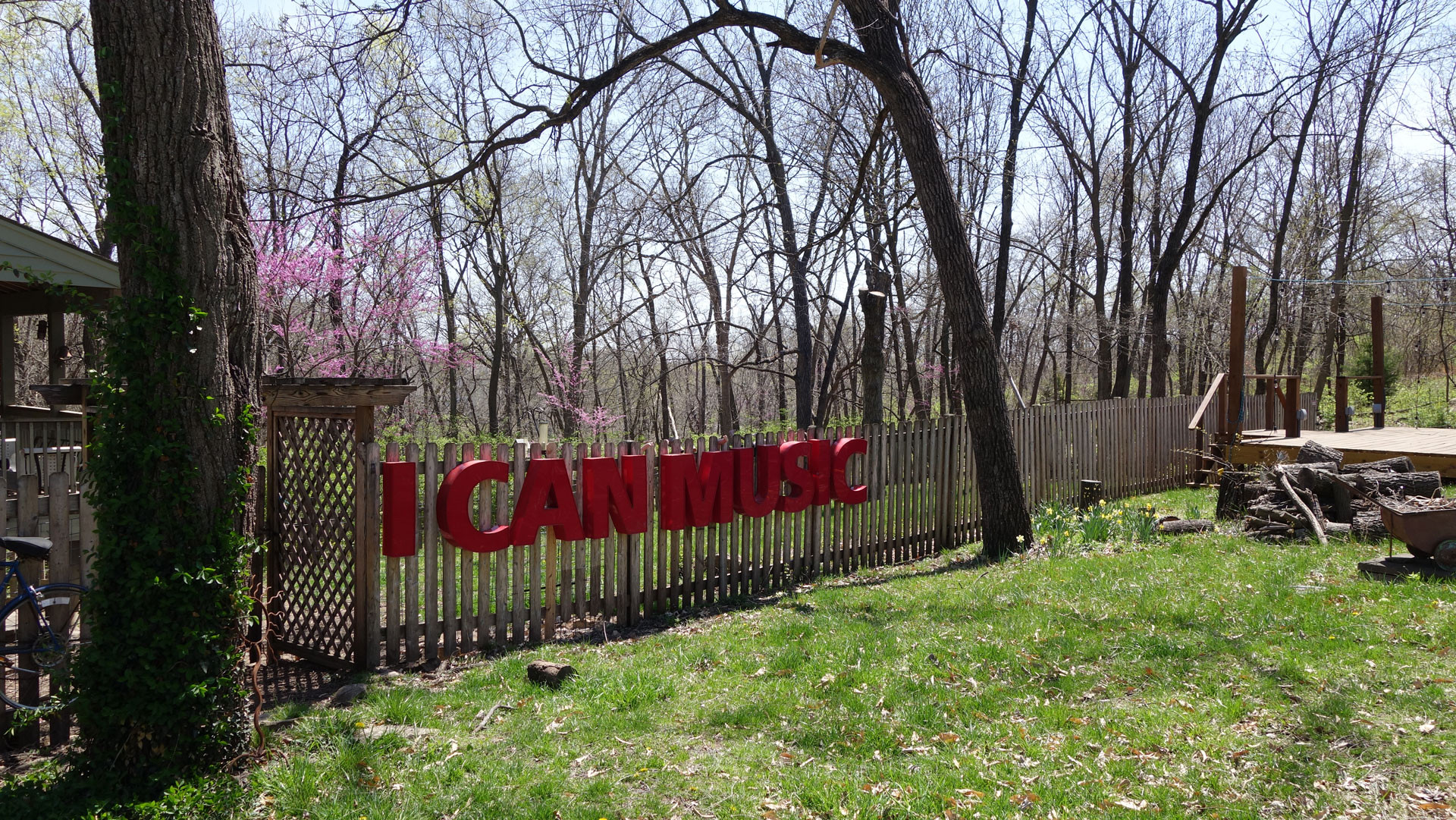 Miller exits from one of the building’s many front doors, hardly noticing I’ve even arrived. His family has owned the property for years but the studio was built in 2008. He worked with an architect/family friend to create the addition to the house, which operates as both his living space and his recording studio.

When I comment to him that the studio side of the house significantly dwarfs his adjoining living space, Miller shrugs and chuckles to himself. He has an interesting personality – quiet and reserved for much of our meeting until he starts talking about music, and then his laid-back persona morphs into a ball of energy that spews words and ideas out so quickly it’s hard to keep up.

Miller built the studio as a way to both take his own recording more seriously and to work with the types of artists that excite him, and that can be just about anyone. The studio has tracked local names like Calvin Arsenia, Ssion, Nature Boys, as well as Miller’s many projects. Some come in as paid customers, some come in as friends and others come in on a residency basis – living at the property and working for longer periods of time.

Inside he shows me a number of homemade instruments he’s invented to create sounds that simply aren’t possible with consumer-grade gear. And it’s this raw, mad scientist approach that has allowed his studio to be an effective space for local artists to create and inspire.

Sympathetic Vibrations: Spaces is a series that aims to look at the places where we make music. If you or anyone you know has a unique or impressive rehearsal space, music room, recording studio or performance venue, let us know by emailing pdancalderon@gmail.com or contacting us on Twitter @dansascity.

An Interview with Rodney Crowell