Above image: Radar State | All photos submitted by artist

Despite a debut full length, a nationwide tour and being dubbed a 'supergroup,' the pop punkers say it's just for fun

In 2017, Matt Pryor and Jim Suptic were grabbing lunch and lamenting that their band, The Get Up Kids, were in something of a lull. Their last album had been released six years earlier, the group had no immediate plans to start demoing new tracks or play live, and the two were getting frustrated.

Then, a light bulb. What if they started a new project with longtime friend, ex-record label sibling, and ex-roommate, Josh Berwanger?

“Do you want to start a punk band with me and Suptic?” Pryor’s text message to Berwanger read.

And that was that.

In the pantheon of band origin stories, it really can’t get less dramatic. But given the no-fuss spirit of Radar State, that story is oddly befitting. The band will celebrate its debut full-length, “Strays,” with a release show Feb. 1 at the recordBar.

Each of Radar State’s band members is well-known for their work in other, often time-consuming projects. Aside from The Get Up Kids, Suptic (guitar, vocals) played with Blackpool Lights and Pryor (bass, vocals) has released albums through both his solo project and The New Amsterdams. Berwanger (guitar, vocals) cut his teeth with Lawrence, Kansas, emo darlings, The Anniversary, and fronts his own band, Berwanger. Rounding out the group is Adam Phillips (drums), who also plays with The Architects, Other Americans, and Brandon Phillips and the Condition.

So, suffice it to say that from a logistical standpoint, starting yet another band was a bit of a stretch for each of Radar State’s respective parts. But when you ask them about that, you’ll likely get no more than a shrug.

“Whenever we do interviews, people assume we’ve put some thought into this band. And we really haven’t at all,” Pryor said. “I knew it was going to be fun and that’s all I really wanted out of it.”

When the group initially formed, the ethos centered more around the idea that the band would aim to avoid all of the hassle of its members’ other projects. In that sense, Pryor views Radar State as the opposite of The Get Up Kids – where every move the band makes can sometimes be calculated and overthought between the five members and their management.

Berwanger agreed but said after their first rehearsals, maintaining that informality was a struggle.

“We started out saying this was going to be fun and that we’d just drink beer, hang out, laugh, tell tour stories, and play music. But it got serious really fast,” Berwanger said. “We still have fun, but after we had the first three or four songs down, we realized that what we were doing together was really good and we liked it.”

That sense of joy is certainly at the forefront of “Strays,” which stands as a tight, well-crafted blast of high-energy pop punk. And while the vocal delivery and chord structures might vaguely resemble work in the artists’ other projects, there is a cohesion of styles forming something entirely new.

Fronting vocals are exchanged throughout the album between Pryor, Suptic and Berwanger. And the three principal singers and songwriters have built the band’s catalog around a particular brand of punk that was influential for all three, but which none of them had been able to fully explore in their respective careers. 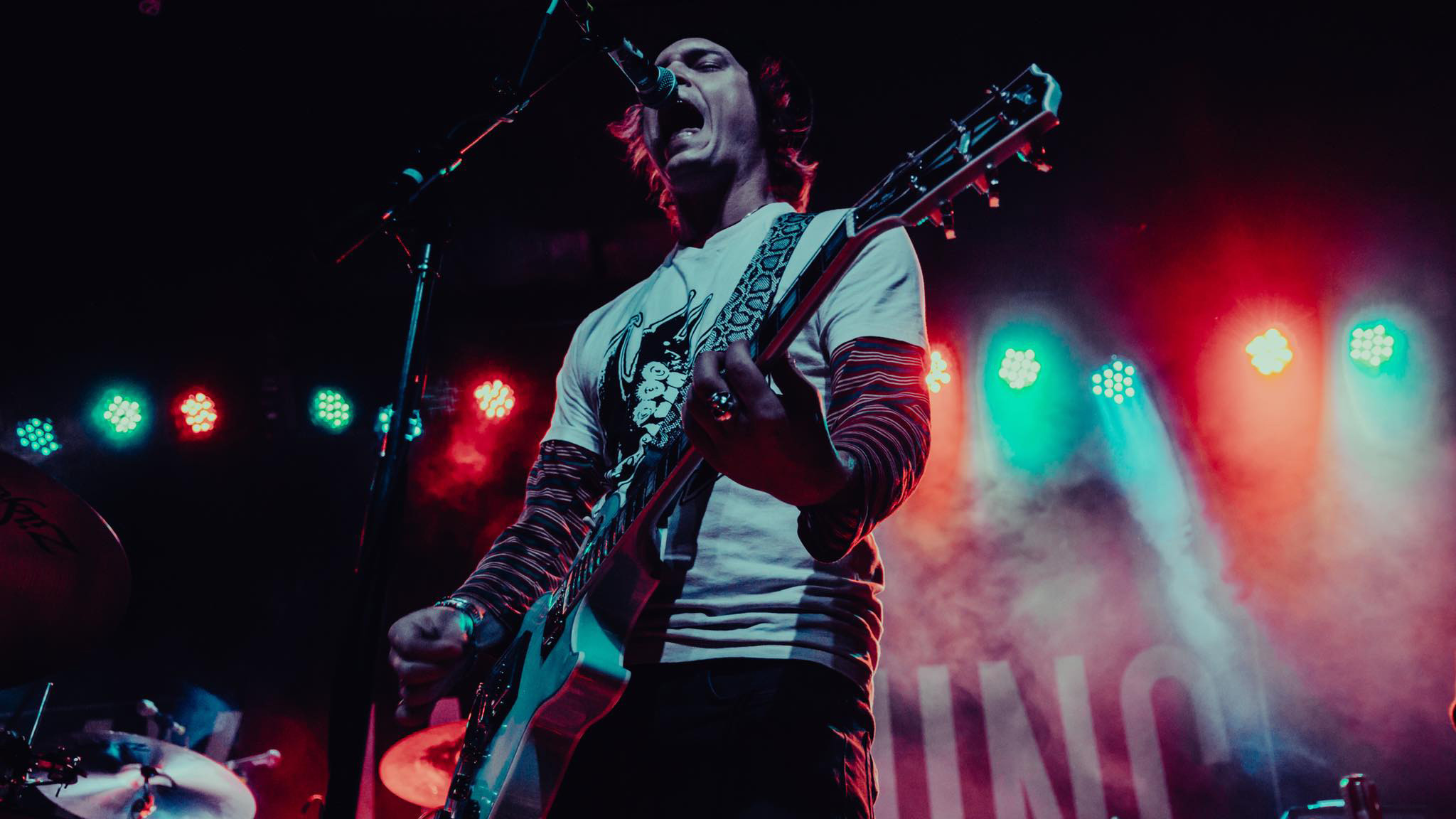 According to Phillips, however, the band’s sound has no clear gameplan.

“Everyone in Radar State grew up with the same listening habits. The other guys write demos, then we get together and bang it out,” Phillips said. “Occasionally there is a little bit of ‘let's try this or that,’ but by-and-large there isn’t much nitpicking. Everyone kind of lets their instincts take over.”

If that’s the case, Phillips’ instincts are razor sharp. The drummer’s frenetic contributions to the album provide the crunchy platter upon which the band’s bright, riff-heavy punk is delightfully served.

Some of the band members have admitted that they might already be bending their own no-hassle rules for the group by both releasing a full-length album and setting out on a nine-show, nationwide tour over the next month, but they are enjoying the ride.

“This is for fun, and I kind of think that’s the secret sauce of why it works,” Pryor said. “And I really like the songs. They all turned out a lot better than I was originally anticipating.”

“But I absolutely refuse to take it seriously,” he added.

Radar State will celebrate the release of “Strays” next Friday, Feb. 1, at the recordBar (1520 Grand Blvd).