Sympathetic Vibrations: A Better Future’s Past

With their latest album, “Ameri’kana,” local indie rockers Making Movies are inviting fans to time travel to a version of the future where the pervasive racism, injustice and discrimination suffered by immigrant cultures in today’s social climate are a faint memory.

It’s a big ask, but one that makes the album’s gorgeously somber collection of tracks sting just a little bit less.

Oddly enough, the band’s new album owes much of its origins to the success of its last, “I Am Another You,” which became unwittingly anthemic following Donald Trump’s election, his subsequent platform disparaging immigrants of various ethnic backgrounds, and his administration’s policies aimed at limiting their rights.

Shortly after its critically acclaimed release, the band received a red carpet shout out from Panamanian singer and Latin music legend, Rúben Blades. A collaborative courtship followed, with the band expanding more on the ideas of their album through lyrics and correspondence. Blades responded with lyrics of his own, culminating with two cowriting a protest anthem entitled “No Te Calles,” which was released last January. The opportunity to work with Blades was something of a dream come true for Panamanian-born brothers Enrique and Diego Chi.

“To many, he’s the greatest Spanish songwriter in our generation,” Enrique Chi said. “He wouldn’t say that himself, but he’s the Bob Dylan, Bruce Springsteen or Leonard Cohen of Latin music. And he was able to distill a lot of ideas that took me a whole album into one song.”

“No te calles” loosely translates into “don’t be silenced,” and the spirit of the track is a rallying cry to the public to continue to speak out about corruption and the daily injustices immigrants suffer in their communities. The band was inspired by Blades’ interpretation of their own music and felt it was important to build on that idea with a collection of songs from that same vein.

To help them with this vision, Making Movies reached out to a host of like-minded Latino musicians — including Blades, Flor De Toloache, Asdru Sierra, David Hidalgo (of Los Lobos), Las Cafeteras and Frankie Negron — all of whom either co-wrote or are featured on the album. 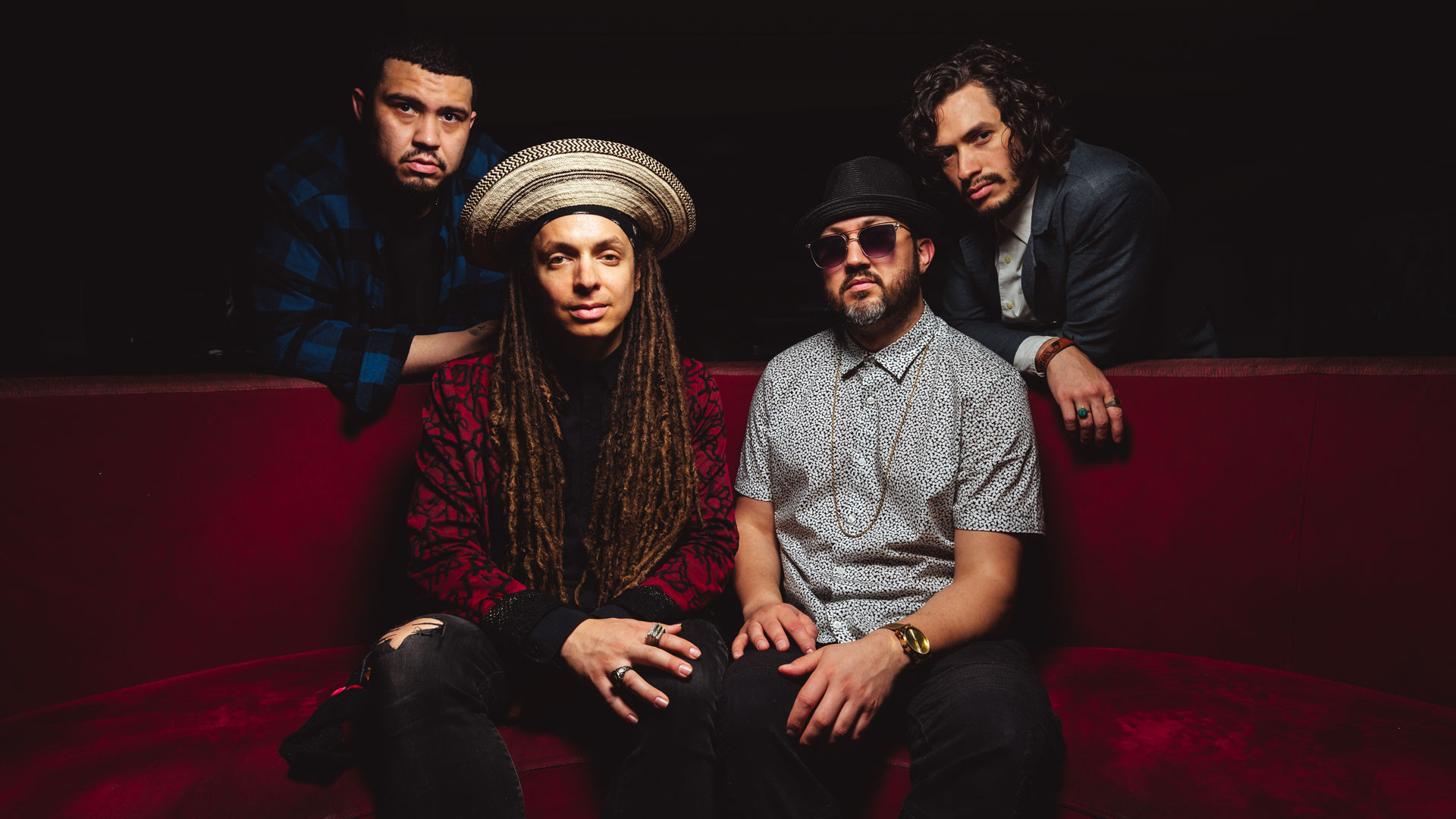 Enrique described the collection of tracks as a mixtape of sorts, presented through the lens of a radio station in the future.

“We wanted it to feel like this perfect world where you’re listening to an oldies station playing all this music rooted in social justice and political activism, and the listener can look back and be thankful that we solved all of these problems and now we can just hear these amazing songs,” Enrique said.

The completed product is a bit of a departure from the band’s previous releases. While much of the band’s catalog has found the group deftly planting its flag directly between indie rock and traditional Latin music, “Ameri’kana” skews more toward the Latin/world music end of the spectrum. Some of that can be attributed to the band’s collaborative process with the other artists involved.

But even Enrique would likely bristle at the amount of labels placed on the album’s sonics above. His work with the band, his travels and his own independent study have taught him that boundaries have little practical effect — whether those walls are physical barriers between lands or socially perceived barriers between cultures. All of this plays toward the melting pot idea as we understand it in the United States, or the “mestizaje” concept understood in Central and South America – that all of these cultures have blended together and fused on some level, whether those cultures or their peoples choose to recognize it or not.

These ideas are also sonically prevalent throughout “Ameri’kana,” which sees a mix of influences from all over the Americas, often within the same song, giving them separate life from their individual parts. Similarly, many of the tracks begin with the type of upbeat and celebratory feel of traditional Latin music, then take a turn somewhere in the middle toward a jarring, darker shade. Diego Chi explained that those arrangement choices weren’t happenstance.

“The album speaks a lot about how there are lies that get put into our heads — whether that be from the society we grew up in or the culture or the heritage we come from,” Diego said. “And as you grow older, you need to acknowledge those lies, shed them and let go of them. In a lot of ways, with these songs, we wanted to capture the feeling of believing the lie, then realizing that there’s something sinister underneath.”

The album is ambitious and very frequently veers toward catchy and high energy. Multiple moments are filled with equally immense beauty and heartbreak. And while the immigrant populations to whom these songs are sung may only find temporary solace in the album’s message, the underlying effect is one of creating hope for a better tomorrow.

Let’s hope that tomorrow isn’t too far away.

Making Movies’ new album, “Ameri’kana,” officially releases on Friday, May 24. Preorders and other crowdfunding experiences with the band are available here. And if you want to catch the band’s only local performance in support of the album and pick up a copy, you can do so this Sunday, May 19 at the Rockin' Rockhill: Summer Street Party. After that, the band sets out on a nationwide tour that wraps up in August.

News Carnaval: Raising Latin American and Youth Voices
Episode Making Movies: 'I Am Another You' Tour 2017

An Interview with Kelley Hunt