It began with an idea and a defunct theater on the third floor of Kansas City’s shopping and entertainment hub, Crown Center. Six years after the closing of the American Heartland Theatre — one of the city’s most vital performance art collectives — Quixotic Fusion has revitalized the space. A fresh coat of paint and a red velvet curtain generated anticipation for its newest production, the Sensatia Cirque Cabaret — a multisensory kaleidoscope of burlesque, live music, dance and aerial stunts, all illumined by their signature lighting designs.

Debuting at the newly renamed Quixotic Theater on Oct. 4, Sensatia — the brainchild of Creative Directors Anthony Magliano and Mica Thomas and Musical Director Shane Borth — tells the story of an uninspired violinist and ballerina falling into an alluring fantasy that reignites their respective passions. Over the course of 90 minutes, audience members are overwhelmed (in the best way) by a feast of light, sound, dance and storytelling, delivered by Quixotic’s endlessly talented cast of players and technical crew. 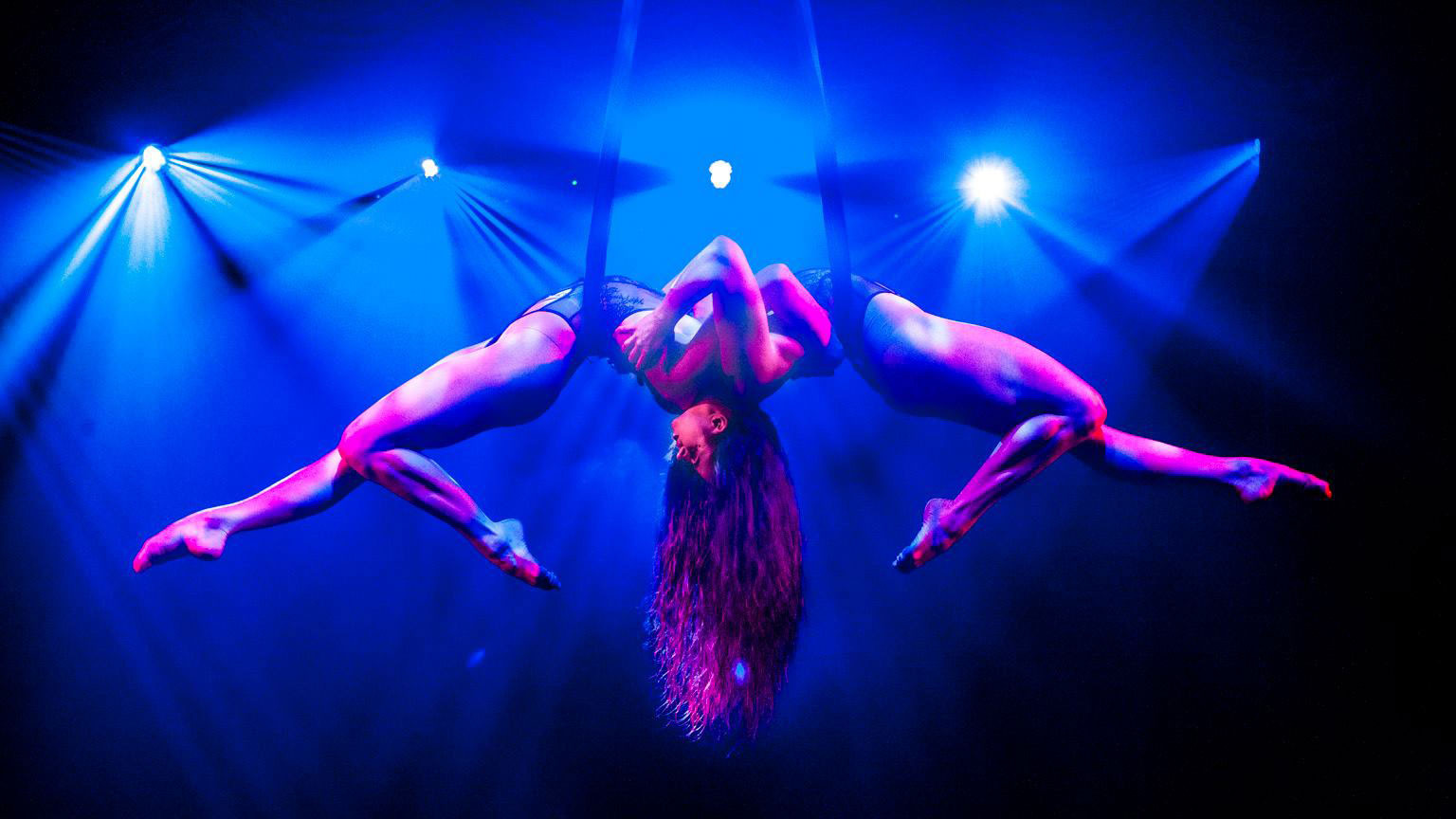 The show, which took about four months to put together, started as a three-month contract — Quixotic’s first ever residency — at Miami Beach’s Faena Hotel in 2017. A year later, they were still performing to five sold-out crowds a week, when the Faena asked them to craft a second show, Samsara.

That success gave them the confidence to bring Sensatia back to their hometown. Fast forward to August 2019: Crown Center handed Quixotic the keys to the closed theater. With other shows on the horizon, the team had about three weeks to complete as much painting and stage renovation as possible.

It took a team of “all-star technical artists, project members and performers to renovate the theater and bring the show to life in record time,” said Quixotic Producer and Project Manager Hilary Rambeau.

Rarely do audiences consider what goes into a production of this magnitude: the time spent by sound techs Jeremy Crow, Justin Parr and Brandon Dremann, tuning the sound system to fit the theater; the work of Kelsey Ottley, who helped transform the lobby and theater space into an immersive part of the show; the scenic builds meticulously crafted by Rick Van Hatten, affectionately known as “Owl”; the technical designs of Will Funk, the stage direction of Lauren Winstead; the list goes on.

The point, as Rambeau said, is that “everything Quixotic creates takes a village.” Were it not for the collective visions and labor of this village, the incredible artistry of Sensatia would not have been possible.

“Everything we take on tends to fall into the actual definition of Quixotic: exceedingly idealistic, unrealistic and impractical,” Rambeau said.

In the case of Sensatia, there is nothing unrealistic about Quixotic’s ability to fuse together the seemingly disparate worlds of circus, dance, classical music and burlesque. Otherworldly, yes. But unrealistic? No. Quixotic is used to defying expectations and reality. Since their start more than 12 years ago performing in warehouses around the city, the collective has put on productions everywhere from Spain to India and China. If we can learn anything from their resume, it’s that we should expect nothing less than the transcendent from this cast of artists and performers.

Combined with their high-concept projection mapping and contemporary reimaginings of classics like Peggy Lee’s “Fever,” Sensatia accomplishes its goal of transporting the audience into an alternate world.

And they really do mean all five. On top of the immaculate live instrumentation, sultry choreography, and regular smashing of the fourth wall, VIP guests get to enjoy a mid-show treat — courtesy of Christopher Elbow, Quixotic’s dessert sponsor. All this in an effort to bring the audience fully into the fantasy. The result is a show unlike anything Kansas City has ever seen.

In an attempt to play up the city’s rich jazz and blues history, Quixotic also incorporates a variety of special guest artists each week. Past shows have included performances from the likes of Chalis O'Neal, Calvin Arsenia, Ernest Melton, Kadesh Flow and many more. Guest artists are announced at the beginning of each week.

Originally scheduled to run every Friday and Saturday night from October through November, the show will now extend through the end of 2019 — thanks to Kansas City’s continuing support. (EDITOR'S NOTE: THE PRODUCTION HAS BEEN EXTENDED THROUGH FEB. 1)

If you haven’t yet seen Sensatia, head over to the event website for tickets and information on remaining shows. This is a production you won’t want to miss.