Presale: Bob Dylan at Arvest Bank Theatre at the Midland

A groundbreaking singer-songwriter, activist and poet, Bob Dylan has been a major pop culture figure for half a century. Along with countless other awards, Dylan has received the Presidential Medal of Freedom, 10 Grammy Awards, the 2008 Pulitzer Prize and the 2016 Nobel Prize in Literature. This summer, he released a special box set from his Rolling Thunder Revue concert tour. He's returning to KC with his band on Sunday, Oct. 20 at the Arvest Bank Theatre at the Midland!

Bridge listeners can access tickets before they go on sale to the public, on Thursday, Sept. 12 from 10 a.m. until 10 p.m., using the password BRIDGE after clicking on this link or the poster below! 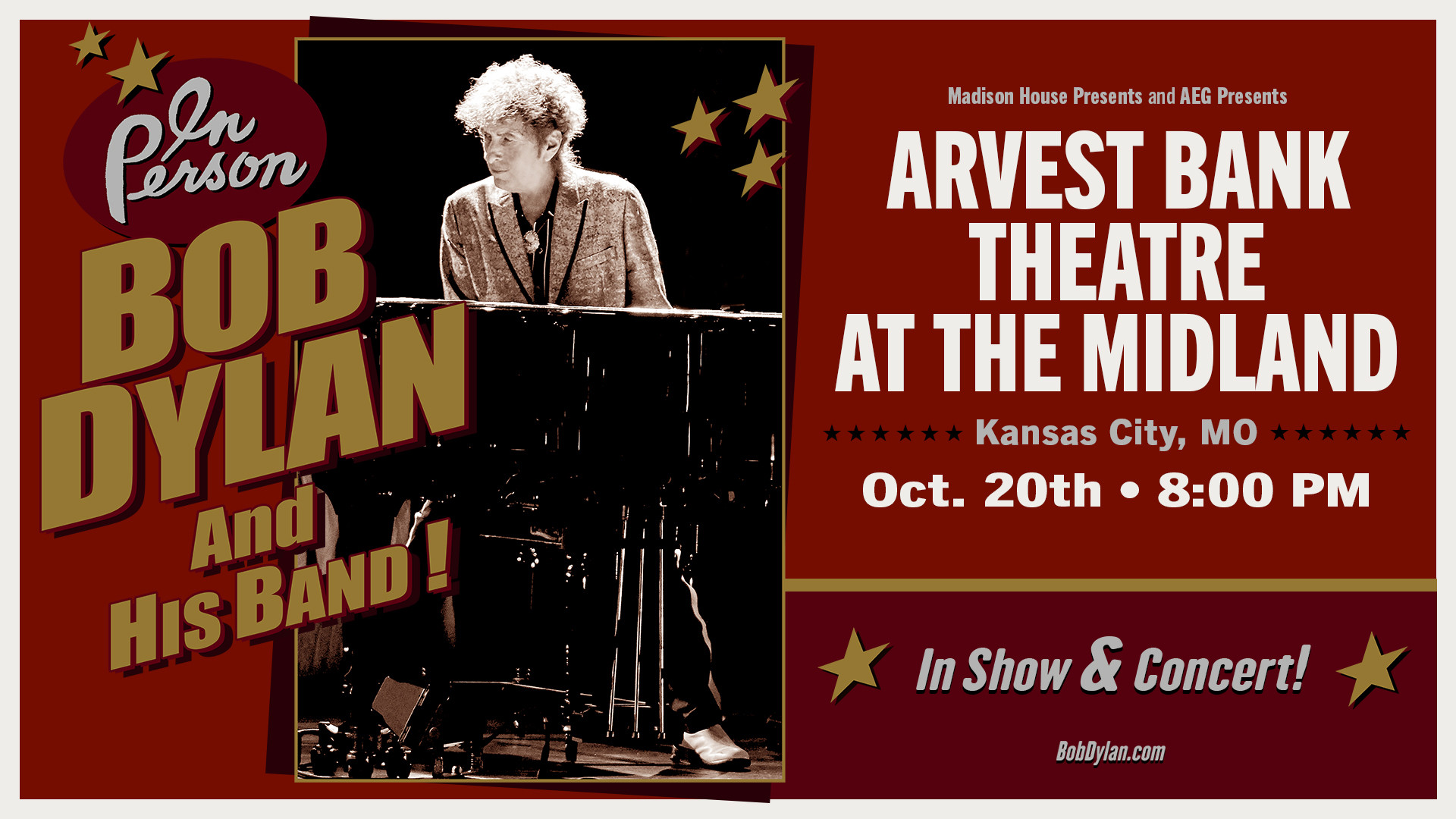