Presale: O.A.R. at the Uptown Theater

Formed in Maryland in 1996, O.A.R. has transformed from its humble beginnings as an independent college band to becoming a Billboard chart-topping act with a riveting live performance. The jam rock band has sold out shows at Madison Square Garden, and has appeared numerous times at Red Rocks, among other prestigious venues across the globe. On Saturday, Nov. 11, O.A.R. will perform at the Uptown Theater as a part of its Stoaries tour!

Tickets go on sale this Friday, but Bridge listeners can access tickets early, beginning Thursday, June 22, from 10 a.m. to 10 p.m. by using the password BRIDGE after following THIS LINK or clicking on the concert poster below! 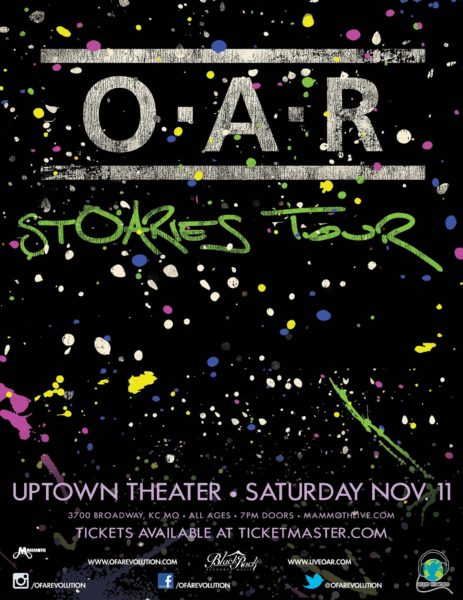