“It's kind of like ‘The Rocky Horror Picture Show,’ you know?” explained Smith. “The audience feels free to boo and hiss when the villain comes on screen and cheer when the hero saves the heroine, so there's a little bit of audience direct participation. We're not throwing toast or rice or anything, but just it's fun to share in that.”

Smith, who is also associate director of bands and conductor for the Marching Jayhawks at the University of Kansas, co-directs the Lawrence Community Orchestra with Rachel Dirks, director of orchestral studies at Kansas State University. We’re talking over coffee and tea at Wheatfields Bakery and Cafe in downtown Lawrence one chilly January afternoon, ahead of the Orchestra’s upcoming live score performance alongside three classic silent comedy shorts (Laurel and Hardy's “Habeas Corpus,” Buster Keaton's “One Week,” and Charlie Chaplin's “The Adventurer”) at Liberty Hall this Saturday, Feb. 8.

This marks the fourth silent movie night for the long-running orchestra, which is nearing its 50th anniversary. The first was the 1920 Douglas Fairbanks “The Mark of Zorro” in February 2017, followed by silent comedies and “The Phantom of the Opera” in 2018.

However, for those expecting a massive group of musicians, Smith said that this group of performers is slightly different from one’s normal idea of an orchestra: “It's a little different in the sense that we don't use the full orchestra. The music is arranged for what we would call a theater orchestra, so it’s pared down to about 13 or 14 musicians.”

Live-scored motion pictures are currently having what one might call a moment. The Kansas City Symphony frequently works in big-screen scores, having just performed “Pirates of the Caribbean: The Curse of the Black Pearl” in January, with “Harry Potter and the Order of the Phoenix” in early May, and the Screenland Armour played host to Italian composer Fabio Frizzi and his band for “The Beyond” in mid-November of last year. 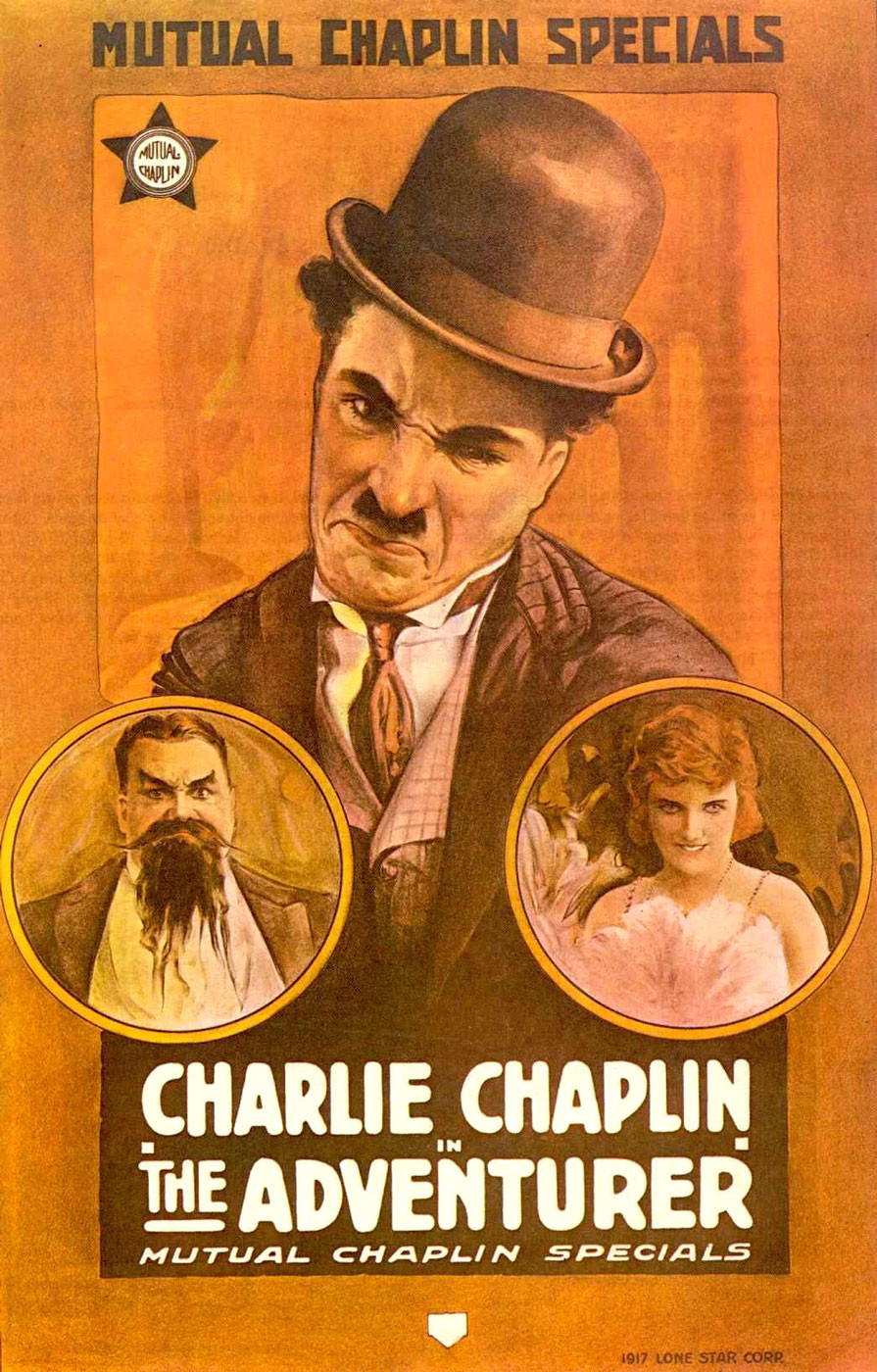 Lawrence Community Orchestra is performing a live score of Charlie Chaplin's "The Adventurer" this Saturday.

It can be intense for the conductor and musicians, Smith said. “We are basically going off the cues of the image before us, so my job as the conductor is to make sure everything is timed correctly and in the right key, adjusting for tempos or cutting things off if we need to, and jumping right in at the right time as the music of the film dictates.”

Additionally, explained Smith, it’s not just a case of playing directly from sheet music. He gets the music from an experienced conductor, and while the cues are written in as to when they’re supposed to happen, it’s not necessarily more than an outline. So, a lot of the work is already done, but more fine tuning has to happen.

“It’s more like, ‘When this happens in the movie, start this piece,’ or ‘Stop this piece when this happens,’” Smith continued. “At the same time, there are a lot of elements for human error and there are not specific tempo markings, so I have to spend time watching the movie and singing through the parts myself — and/or countermeasures and beats — to make sure things line up, and have an approximate idea of how many repeats we're gonna do of this section, when can we end this, how long should this hold be, etc.”

However, live scoring silent films offers up some advantages over performing alongside a talkie. The orchestra doesn’t have to adjust their volume for anything, as opposed to trying to play more quietly than they might otherwise — walking a line where their performance is loud enough to hear the music, but not so much that they overwhelm the dialogue.

That’s of “absolutely no concern for us,” Smith stated. “I think it’s an even more difficult job when you're dealing with films that the audience knows well. In some cases, they know the soundtrack so well, they're expecting something exactly at the same time as when they saw it in the theater.”

Smith continued on to say that the Orchestra can't change the film, of course, but they do have a little bit more liberty with what happens. It’s almost as if they’re going all the way back to when these were originally performed.

“Some theaters, wherever they got their film, also got sheet music for the organist or the pianist,” Smith explained. “Then, there are other ones where it was just like Jeff on the piano or Janine on the organ, and they were good enough at their jobs that they could watch the film a couple times and figure out how to play. The wealthier communities or theaters could actually fund groups of musicians — a theater orchestra — and so, that's kind of what we're drawing from.”

For Smith, it's been interesting to learn more about the culture and performance practice of silent movies. Many of these types of live-score events are handled by one person, generally a keyboardist on organ or piano. The performers are either improvising or have done it enough times that they know exactly what music works. In some cases, they're even using older music that's successful, with some familiar themes.

“A lot of the music that we perform is stuff that was written, not particularly for a film, but for a specific goal,” continued Smith, explaining that these are the sheet music equivalent of library music, with general thematic elements suitable for any number of specific situations. “They had music written for silent movies, but not particular titles. It's character music. Maybe the title of the piece will be ‘Furioso Number Five,’ and it’s to be used in chase scenes.”

The Lawrence Community Orchestra has one more concert — Sunday, April 19, at Lawrence’s Plymouth Congregational Church, featuring Jean Sibelius’s First Symphony. Their three-concert format typically has fall, winter and spring concerts. That means performances like this weekend’s movie night allow the Orchestra’s budget to stretch a bit, but according to Smith, it also helps them reach a different audience. Considering the Kansas Silent Film Festival happens right on the heels of this performance — Feb. 28 and 29 in Topeka — it seems as though these two audiences might dovetail nicely.

“Our board has reached out to various film communities, philanthropies and fan organizations in the region just let them know, ‘Hey, this is going on,’” concluded Smith. “While there are several silent movie showings and festivals in the region, not a lot of them have the resources — or, really, the resources that we have — to actually produce a larger group ensemble accompanying these events, so it's a very nice way for people who are fans of this to see something they would enjoy, but on a larger auditory scale.”

The Lawrence Community Orchestra’s presentation of “Silent Comedy Stars” starts at 7 p.m. Saturday, Feb. 8, at Liberty Hall in Lawrence. Details and tickets can be found here.

— Nick Spacek is a freelance writer and hosts of the From & Inspired By soundtrack podcast. He's based in Lawrence, Kansas, where he lives with his wife. Nick has a tattoo which reads "rock star journalist," which is entirely untrue, given the number of evenings given to couchtime with his cats. The tattoo reading "hack," however, is entirely accurate.

Presale: Incubus with 311 and Badflower