Behind every show and concert is someone pulling all the pieces together, from booking the venue and coordinating with artists to setting ticket prices. While many Kansas City venues are supported by larger companies like AEG Presents and Mammoth Live, KC is also home to a number of independent and DIY promoters. Here’s a look at a few of those promoters, who have a hand in shaping our music scene and convincing emerging touring artists that our town is a great stop on a tour route. 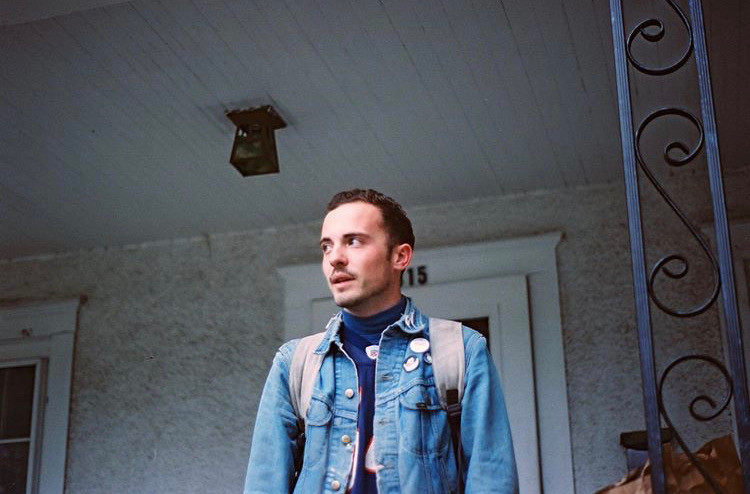 “If we have a constant, healthy, rocking scene, everyone will want to get a taste of Kansas City.”

Crowley, founder of the local record label Manor Records, began throwing house shows in his basement several years ago — including an infamous and sweaty set from Glass Animals, who were rising in popularity when they came through Crowley’s Shawnee Manor in 2015.

In 2019, he launched Manor Fest — his first multi-day and multi-stage endeavor, which featured local, regional and nationally touring artists. The festival was the product of work done by a growing group of the label’s volunteers and team members, and followed Crowley’s transition into more sustainable relationships with local venues. Manor also routinely sponsors shows at locally owned venues like miniBar, Mockingbird Lounge and Stray Cat Film Center.

Crowley is motivated by a drive to elevate the city as a burgeoning market, and to create a stronger sense of community among artists and music appreciators alike, who call Kansas City home. 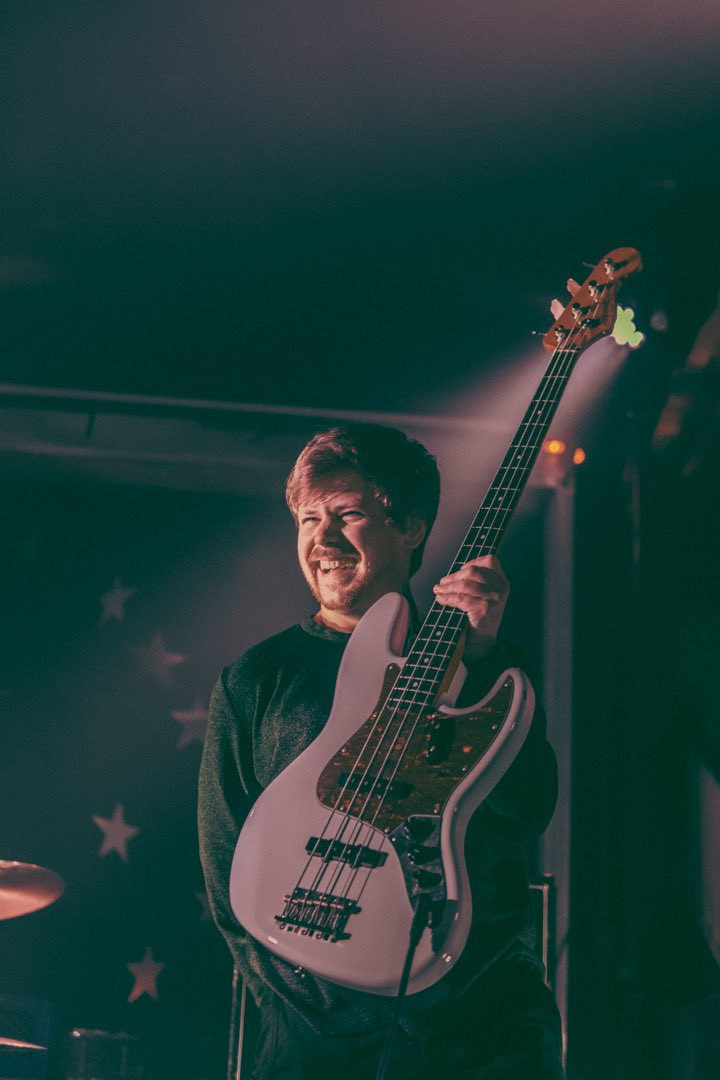 Kevin Briody of Mantra Shows has found a similar sense of purpose in his work booking at North Kansas City venue The Rino. A member of KC-based band Mess, Briody began booking shows as a way of exchanging favors with other DIY touring bands. In that particular subset of the music industry, trading shows is a form of social currency. Because DIY bands are often building audiences from the ground up, having strong relationships within a city’s independent scene can help draw new fans.

“Booking shows originally just felt like a task to me, like I wasn’t doing my part if I wasn’t doing it at all,” said Briody. “But eventually I felt like it was really rewarding when it went well. It’s a good feeling to get your friends out to shows to watch a band live that you brought here. I know it can make a difference to those artists, and that’s something that I can identify with as a touring musician on a small scale.”

This spring, Mantra Shows is bringing a stacked lineup of touring artists through The Rino, including Ian Sweet, Mal Blum and Adult Mom. Briody’s focus in his work this year has been to bring artists to KC who might’ve otherwise not stopped by.

“Growing up, sometimes I’d be disappointed when an artist didn’t come through here,” he said. “You’d feel like, why are they skipping our city on their tour stops?” 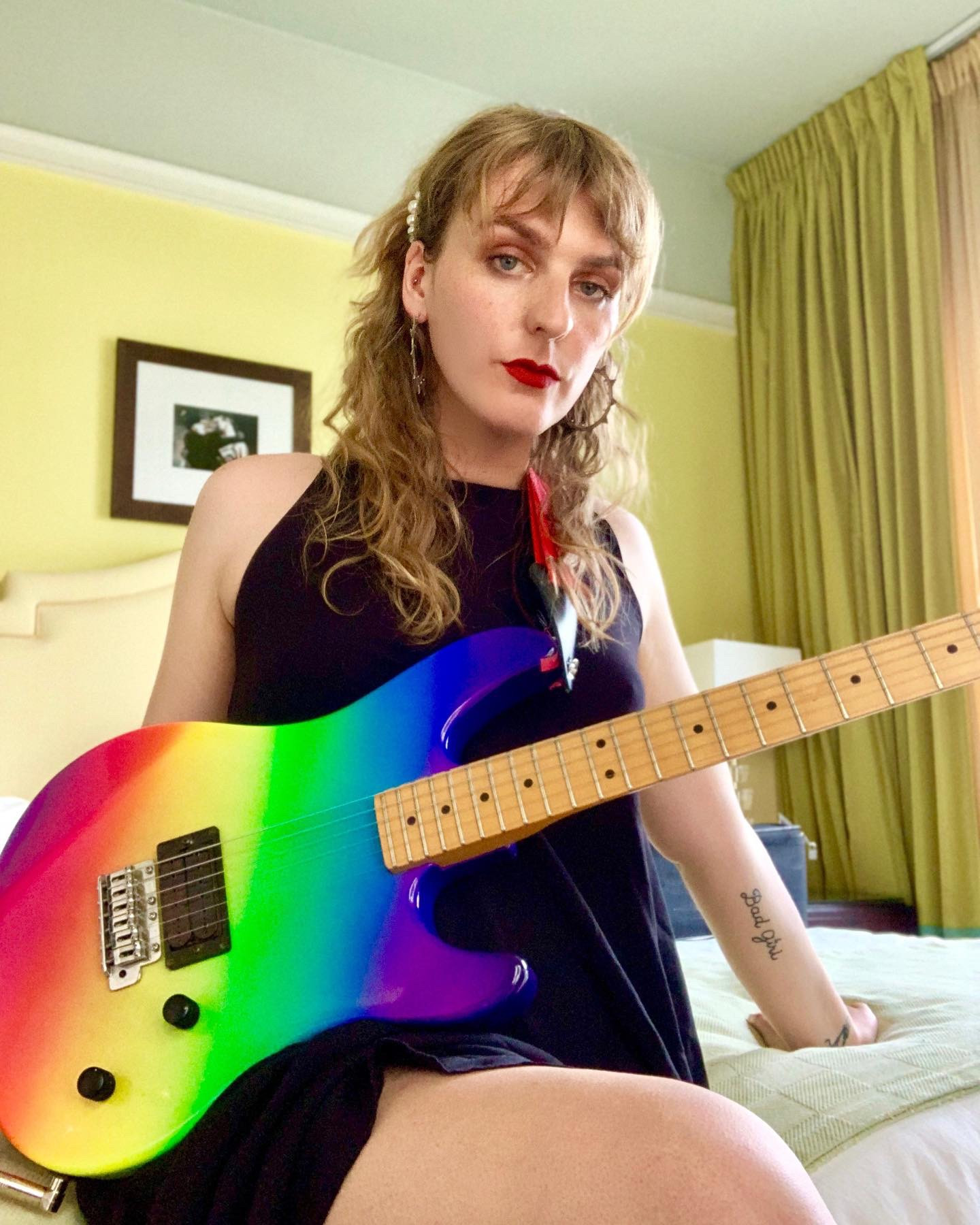 For Ada Brumback, booking shows independently offered an opportunity to provide a vital service to the community, and especially to younger music fans in the city. Brumback, who started playing and booking shows through MySpace when she was 16, focused on finding and supporting all-ages venues.

“It was really cool to see new people have access to shows, especially young people,” she said. “I think it’s important to keep a scene alive and be able to provide a space for people to be interested in music or be themselves when they might normally feel like an outcast.”

Recently, Brumback has focused on elevating and creating spaces for women and non-binary musicians in Kansas City. She sees it as the responsibility of anyone with influence in the music community to be mindful of representation in the bills they’re putting together and the artists they’re sharing opportunities with.

—Anna Selle is a music writer and photographer from Kansas City. She runs HearQueer, a publication highlighting queer musicians, and has worked with several other local publications. As a photographer, she is a digital contributor for Interscope Records.

Presale: The Lumineers at Sprint Center