Above image: Found Sound, a new retail/consignment music shop in the Crossroads. | all photos submitted by Kathi Callahan Welch

Regardless of your opinion about the area's evolution and expansion, Darren and Kathi Welch are deeply committed to keep the Crossroads Arts District interesting.

Perhaps no part of Kansas City has undergone more change than this booming area that rests south of the downtown loop and north of Crown Center. One of the Crossroads' newest tenants is Found Sound at 1826 Grand Blvd, opened by the Welchs in August 2019. 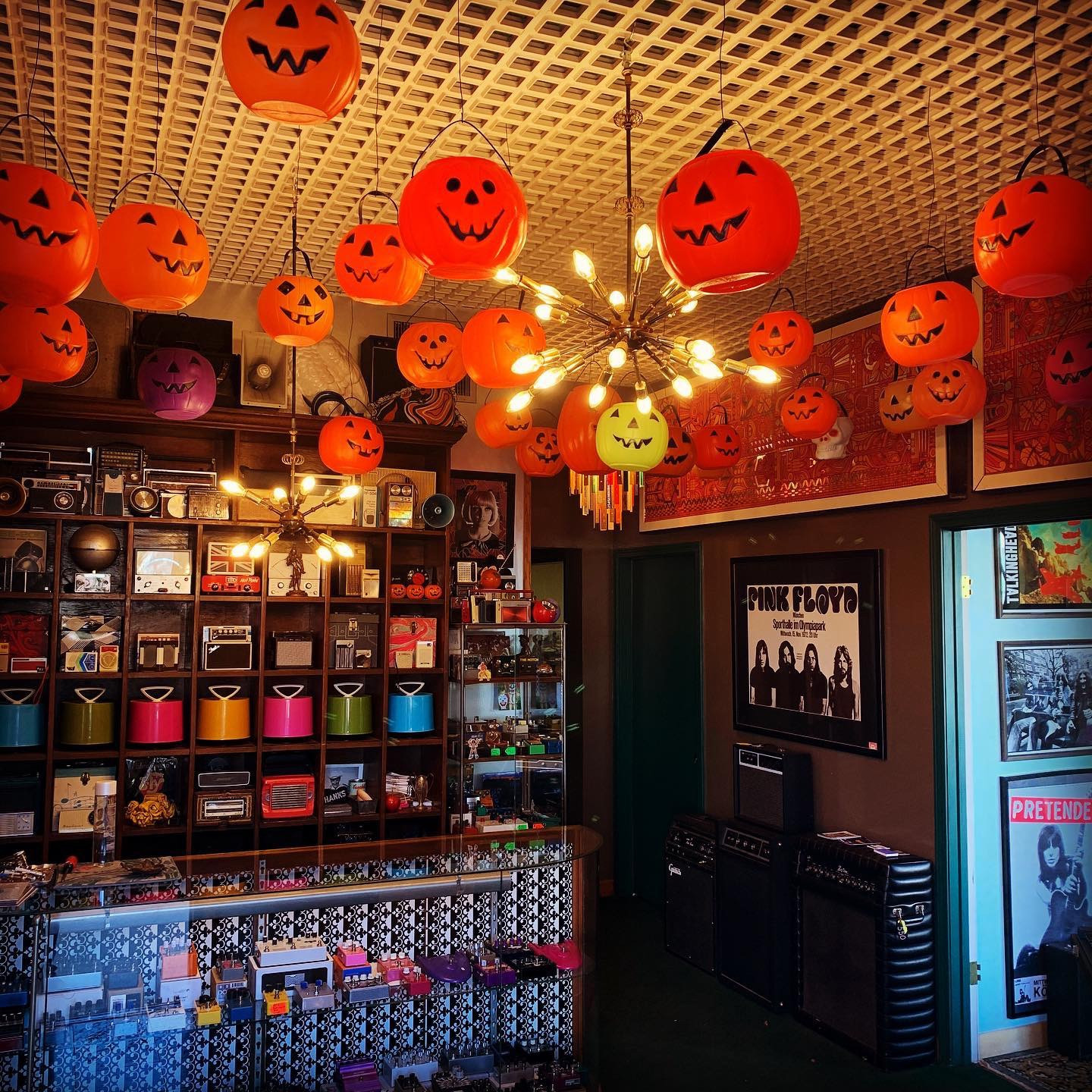 Walking through the front door is a little like stepping into the past, and I’m not talking about the antique wagon wheels and frying pans on the walls of your local Cracker Barrel. The decor is a unique mashup of ‘60s psychedelia and postmodern minimalism. The paneled walls are covered in vintage band posters, while the geometric front room ceiling and metallic north window display wouldn’t be out of place in the lounge of the Millennium Falcon. The main window display features a row of five bisected mannequins donning old school bubble-style headphones, backed by a painted montage of neon gift box patterns.

“Darren did the blacklight window on his own,” Kathi Welch said. “Being in the Arts District, he wanted to do something creative, and he's always loved doing window displays. Our other front window was created with metal scraps donated to us by our generous friend Dick Jobe at Machine Head.

“We wanted to do something different and unique, so we went with the ‘60s psychedelic vibe,” she continued. “We've been long-time collectors of that kind of stuff, so it felt natural to go that direction. It's all compiled of stuff we already had, even the store fixtures. It's amazing how little we had to spend to get the doors open.”

Darren and Kathi Welch are no strangers to repurposed retail stores, or the KC music scene. For nearly six years, they owned and operated Holy Cow Market and Music, a unique flea market and live music space, originally located in the historical Cowtown Ballroom and later across the street in the former Bitterman Family Confections building at 31st Street and Gillham Road. 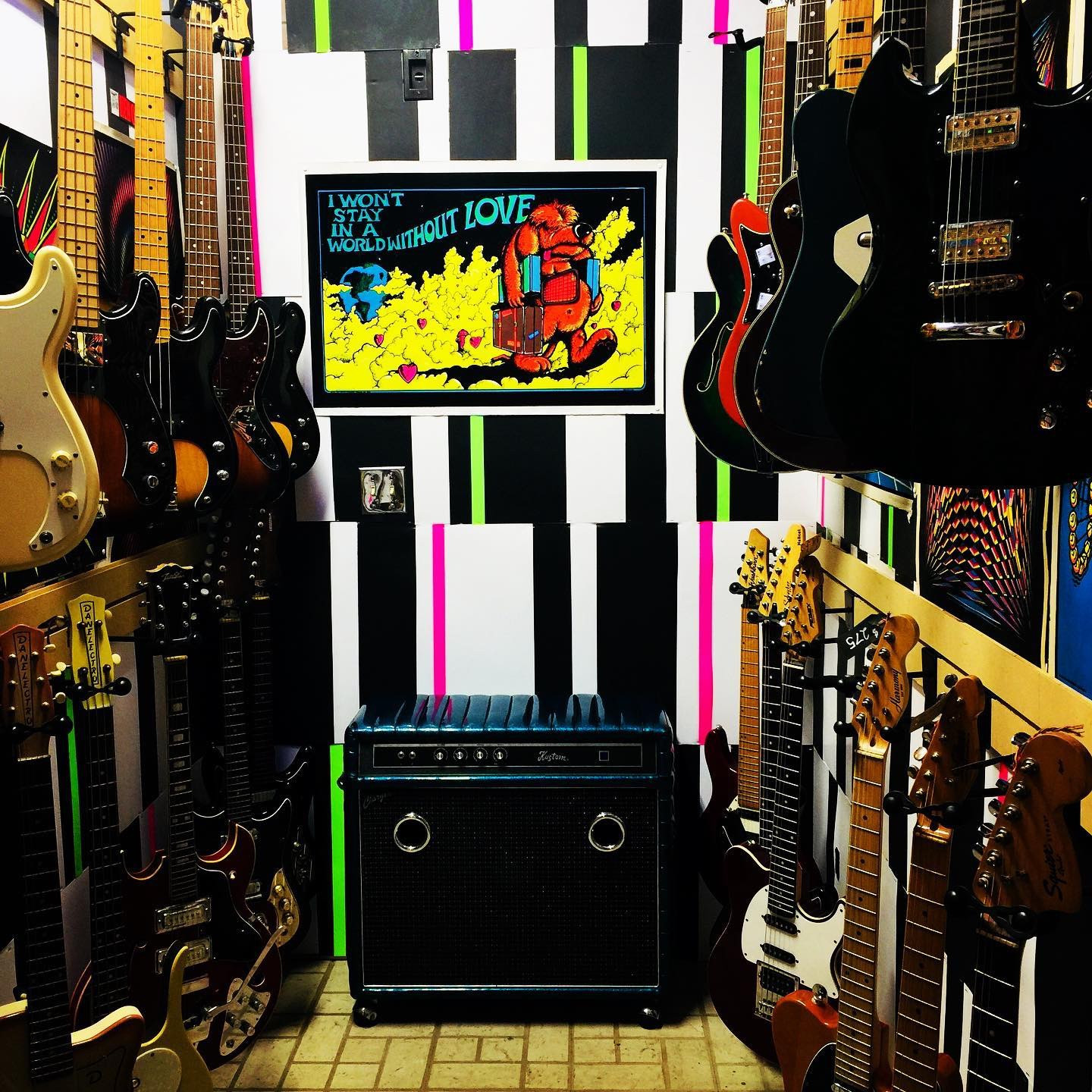 “It was great, but our rent suddenly more than doubled and we couldn't keep it going,” Kathi said, mentioning the district’s steady gentrification over the past decade. “We were going to try and move the whole operation, but it just didn't work out.”

Around this time, the Welchs were approached by their friend and now business partner, Cole Wheeler.

“He had the idea to open a musical instrument–type store slanted toward guitar gear, and wanted to know if we had any interest in doing it with him,” Kathi said. “Darren has been stockpiling vintage hi-fi stereo and music gear, so the idea came to team up and open a shop that sells both. Guitar gear started taking over quickly; we haven't opened up the hi-fi section of the store yet. Please stay tuned for that.” 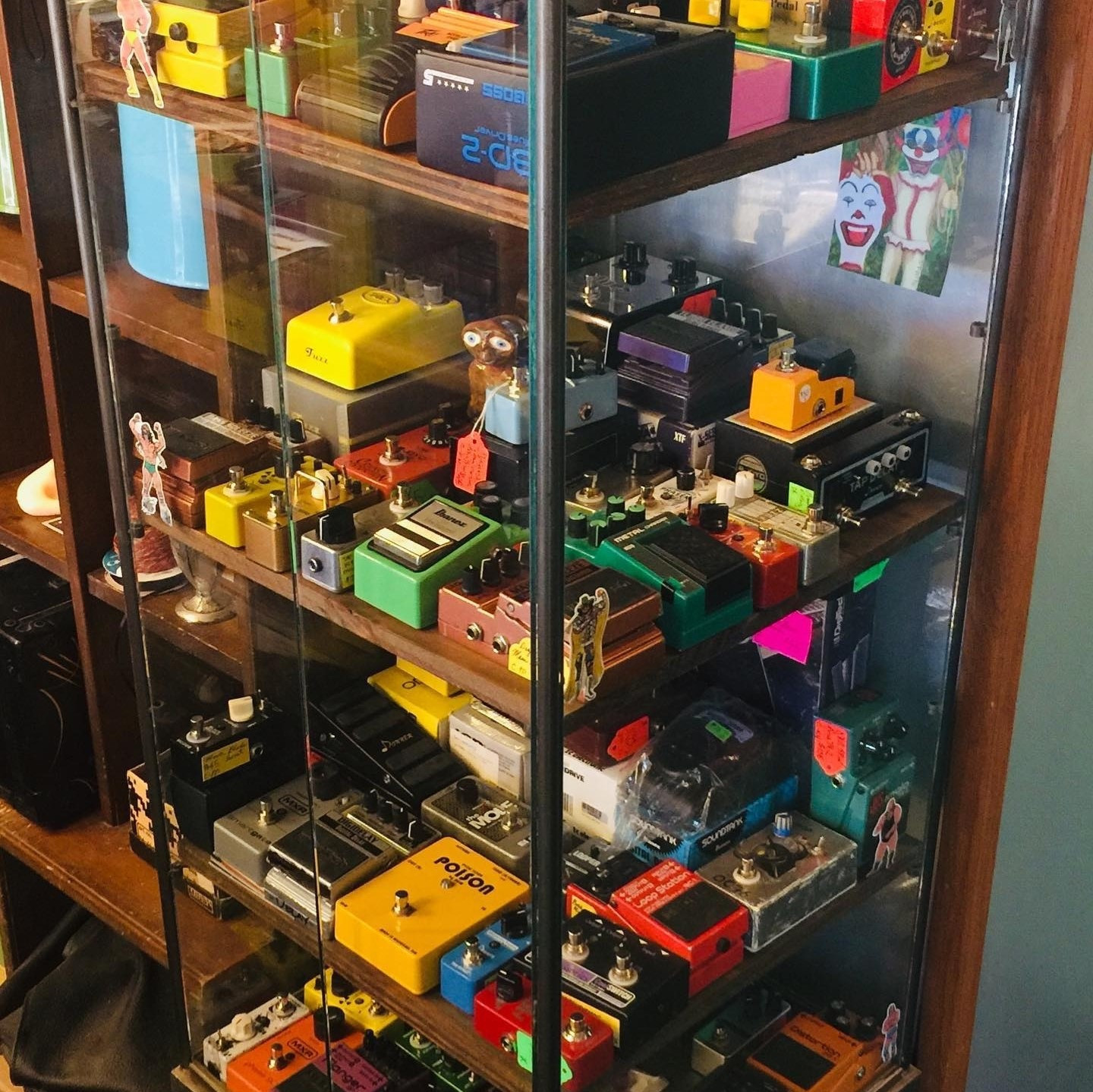 One of the first things you notice at Found Sound is their enormous selection of guitar effects pedals. In the past decade, the boutique guitar effects industry has exploded with thousands of different pedals that can make your guitar sound like anything from a jet airliner taking off to a beautiful harp being played on top of a mountain. On any given day, the shop has more than 100 different pedals to choose from, plus a wide variety of locally made Jaykco Guitar Straps, other guitar accessories and an ever-growing collection of used and vintage music gear.

“We take consignment pieces in on a daily basis. We love it; it helps keep things fresh. Some of our favorite local musicians have been bringing us cool stuff to sell since day one,” Kathi said.

The shop also specializes in repairs. “Cole is always busy repairing pedals, amps, and guitars,” she said. “Our most interesting piece is a rare Kustom talk box that truly fits our ‘60s aesthetic. Darren could also tell you the story about finding a rare EML synthesizer we have in the shop. It's not out on the floor, but if you ask, we're always willing to show it off. It's amazing! Darren had it fully refurbished.” 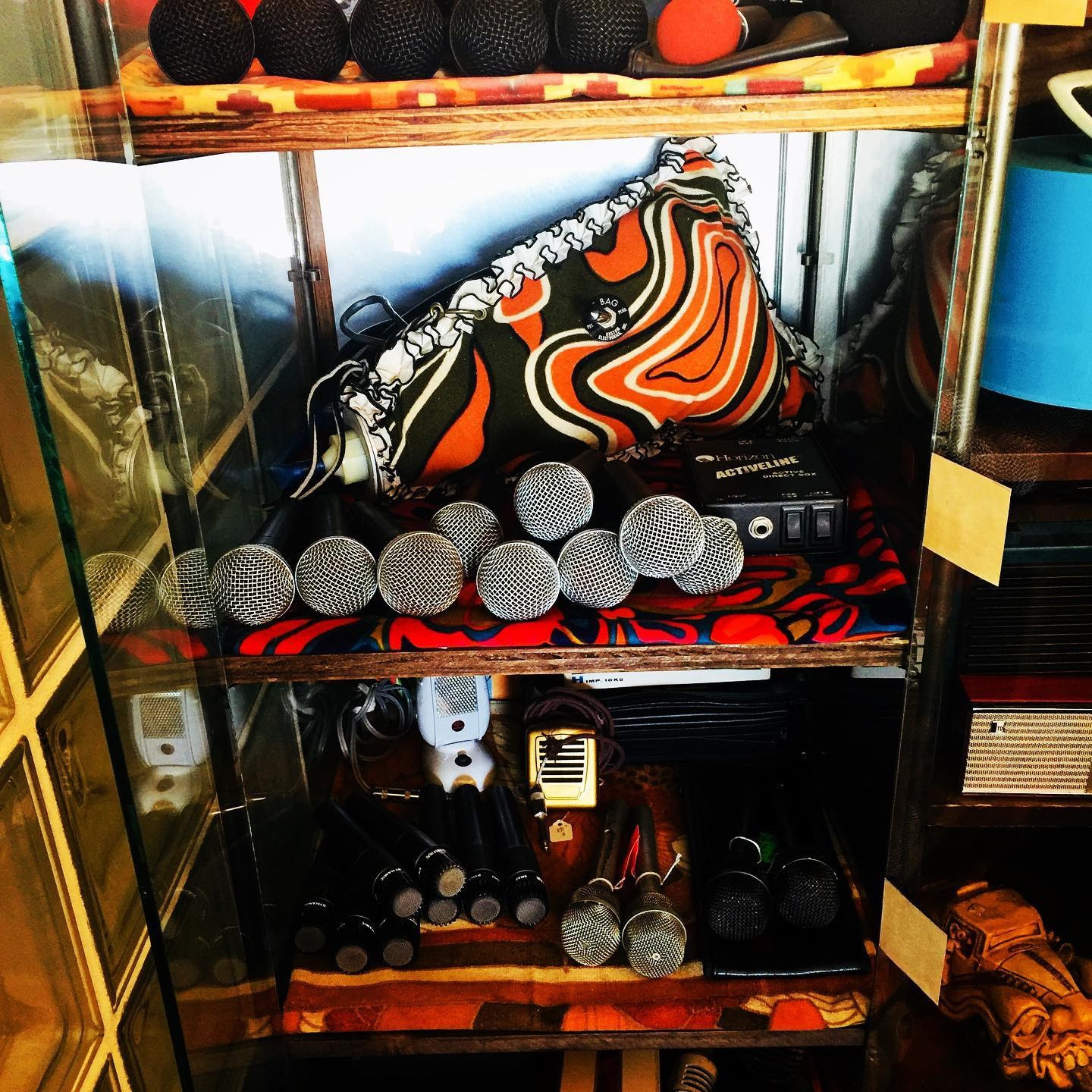 If you’re a musician or music lover, you’ll find something at Found Sound — like framed art, books and other music-related wares. Expect to be greeted by one of the owners right away. You may even run into a famous rockstar like Joe Bonamassa, who recently made a sizable purchase before playing a sold-out show at the Arvest Bank Theatre at the Midland.

The music industry, not unlike KC, has gone through a great deal of change in the past decade. Guitar-based rock and roll used to dominate the airwaves. These days, not so much. Opening a vintage music store might not be the best recipe for success, but the Welchs have a different perspective.

“It’s really interesting that there are so many recording studios and record stores right now in KC,” Kathi said. “Two types of brick and mortars that were predicted to go the way of the dinosaur are totally thriving! We hope the same type of support will keep small local instrument stores alive too. They are important for communities of musicians everywhere.”

Found Sound is open for business on Thursdays, Fridays and Saturdays from 11 a.m. to 6 p.m., or by appointment by contacting touchbass@foundsoundkc.com. Hours of operation are subject to change.

—Matt Roth writes and plays music under the name Major Matt Mason USA and is one half of the band Schwervon! His other music projects include the bands Broken Heart Syndrome and Kansas State Flower. His first chap book of poetry entitled 'Dad' was recently released by 8th St. Publishing Guild.