A Happy Ending For A Happy Band

Kansas City Punks Faultfinder Rocked, Even If You've Got Not A Big Brain

There may never be another Kansas City band quite like Faultfinder. Since its 2010 inception to its 2018 demise (and posthumous LP release this year), the group stood out as one of the most challenging and abrasive acts in the metro. I met up with three-fourths of the final lineup in late September at Revolution Records to discuss the band’s nine-year run and culminating recording, which was partially tracked at Revolution.

The Kansas City punk scene of nearly a decade ago largely orbited a humble Crossroads DIY space called the Studded Bird. Just a stone’s throw from our record store meetup spot — at East 19th and Holmes Streets — under the watchful eye of a colorful, indoor bird mural played American punk circuit favorites like Raw Nerve, Brown Sugar and The Body. Often joining those bands was a wave of like-minded local acts that included Dark Ages, No Class, White Slave and others. Unlike the snottier and speedier groups that emerged during the mid-’10s, these bands shared similarly dark aesthetics.

Faultfinder, while welcomed by its peers in this scene, always stood out a bit. Not many of its songs moved faster than drummer Ben Biersmith’s mid-paced marches (as opposed to the fast, ‘80s hardcore-inspired tempos of other groups). While many early songs bent a bit melodic — thanks to the writing of founding member Nic Allred — the group’s compositions grew increasingly slow and nasty, teetering on the verge of industrial at times. The band has most often identified simply as a punk band, but elements of the New York-born no wave movement always felt like a more precise reference point.

“It’s sort of like you take Swans and make it a joke instead of being super self-serious,” said bassist and vocalist Mookie Ninjak, discussing Faultfinder’s core sound.

It may be easy enough to miss on first glance, but the comedy that crept its way into much of Faultfinder’s material is another thing that made the group stand out. From its tongue-in-cheek song titles (from the LP: “Fruitless Hump” and “Young, Dumb And Full Of Complex Biological Systems”) to its lyrics, which often explored the depths of nihilism before yanking the listener out with a witty nugget of gallows humor, few local acts could make a sharp-minded punk laugh like Faultfinder.

The band was perhaps at its funniest (and most maniacal) when performing live. Guitarist Joe Wetteroth fondly recalled an all-punk cover show the band was set to play a couple years back where they pulled quite the fakeout: “You thought you were gonna see a band we can all agree on, Rudimentary Peni, but you’re gonna see The Beatles tonight.”

Most times though, the band wasn’t so much actively pranking its audience as it was playing a game of chicken with them. Already the slowest-playing band on most bills, the repetitive and psychedelic krautrock style of some of its songs led to punks peeling out one by one, abandoning Faultfinder to go outside for a cigarette. Faultfinder was on the cutting edge of poseur-detector technology. “It wasn’t my goal ever to make people leave the room, but I always thought it didn’t leave a bad taste in my mouth when it happened,” laughed Ninjak. 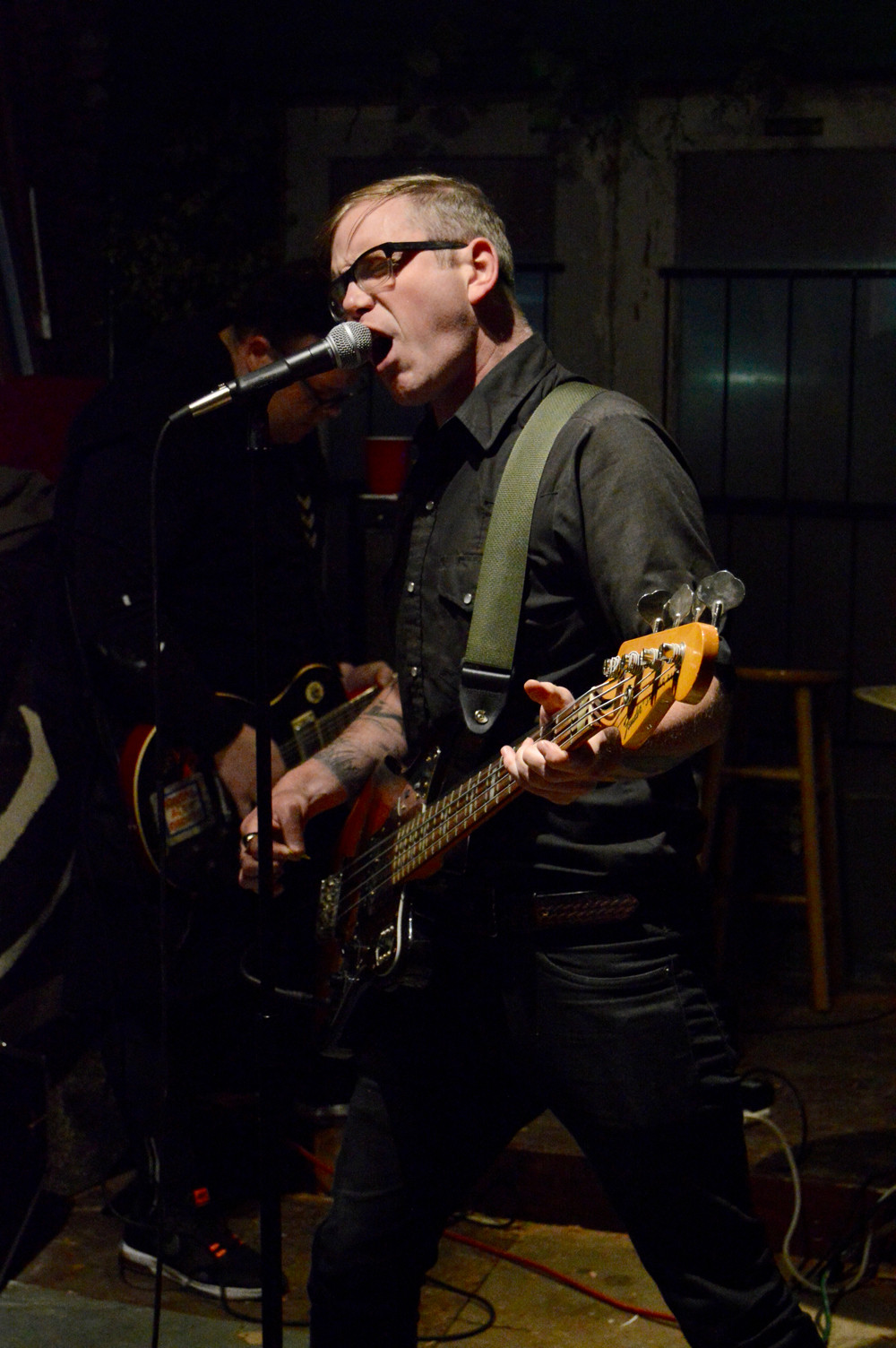 The extreme reactions weren’t always negative, though. The band spoke of one loyal fan, to whom they dedicated a tape, who once took a $50 taxi ride from an outer suburb just to see them play. Some fans also didn’t come from the most standard of punk backgrounds — members mentioned they had one or two nine-to-fivers who would come to see them. Perhaps the bleak nature of their music most accurately reflected the feelings of being stuck at a desk all day. “It’s definitely music to kill yourself in your cubicle to,” Ninjak said, referencing these fans and an office-centric music video created for one of their songs by a friend of the band.

As the band muscled on through its third distinct lineup, it finally got to work on its long-awaited longplayer (jokingly referred to as its own “Chinese Democracy”). Tracked and mixed with the help of friend James Rumsey and mastered by Duane Trower, “Brother’s Milk,” the band believes, is the most accurate representation of the sound they set out to achieve. Much of the melodicism of the band’s early days is long gone, as is some of the metallic edge that former guitarist Steve Shoup injected during his stay. What’s left musically is something murkier and in-between.

Lyrically, the album is a vital, bleak and hilarious document that encapsulates the psyche of a crew of smart Midwestern punks raised in Bush-era horror, who came of age witnessing Obama-era denialism and became DIY scene elders, as the nation slipped into Trump-era chaos. The words aren’t often overtly political, but rather capture the day-to-day feelings that the systems in place often play a hand in creating.

As work on the record began to wrap up, the band quickly realized it would soon be no more. Guitarist Don Beasley and Ninjak both left Kansas City last year. Some parties were less interested in the band’s music at the time than others, but those remaining recognized that the LP’s release would be as good a time as any to end on a high note. Local co-op record label Black Site pressed the record to vinyl and in the longstanding tradition of the punk band breaking up with its LP, that was that. “A happy ending,” I started, as our interview wound down, “for a happy band,” one member finished with a laugh.

Brother’s Milk is available to purchase on Bandcamp, as well as at several local record stores.

—Aaron Rhodes is a music journalist based in Kansas City, Missouri. He is the editor-in-chief of Shuttlecock Music Magazine, content manager at Do816, and a frequent contributor to The Pitch and 90.9 The Bridge.