This past Sunday, Hy-Tekk Productions hosted the KC Dog Fest at Bar K Dog Bar on the Riverfront. Among the festivities was a silent disco, run by Ryan Summers — DJ My Pet Monster and founder of Midwest Underground Talent and Events. Telling by the hundreds of people walking around in wireless headphones, toe-tapping to some invisible beat while their dogs lavished in the afternoon sun, the silent disco was a success. At festivals like Coachella and Electric Forest, these events are a tried and true production, but in Kansas City, they’re a relatively new concept. The Dog Fest marks the fourth silent disco Summers has organized in Kansas City since December.

Summers officially began working with HUSHconcerts, one of the premier silent disco production companies in the country, as part of their nationwide winter event series, Silent Night USA. That featured five DJs — including Summers — playing a mix of dubstep and house at the Crown Center Ice Terrace. I happened to attend that event and, despite taking a serious fall after 10 minutes on the ice, enjoyed the mixed crowd of smiling faces skating and dancing in the frigid winter night. For Kansas City’s first ever silent disco, it was a blast. 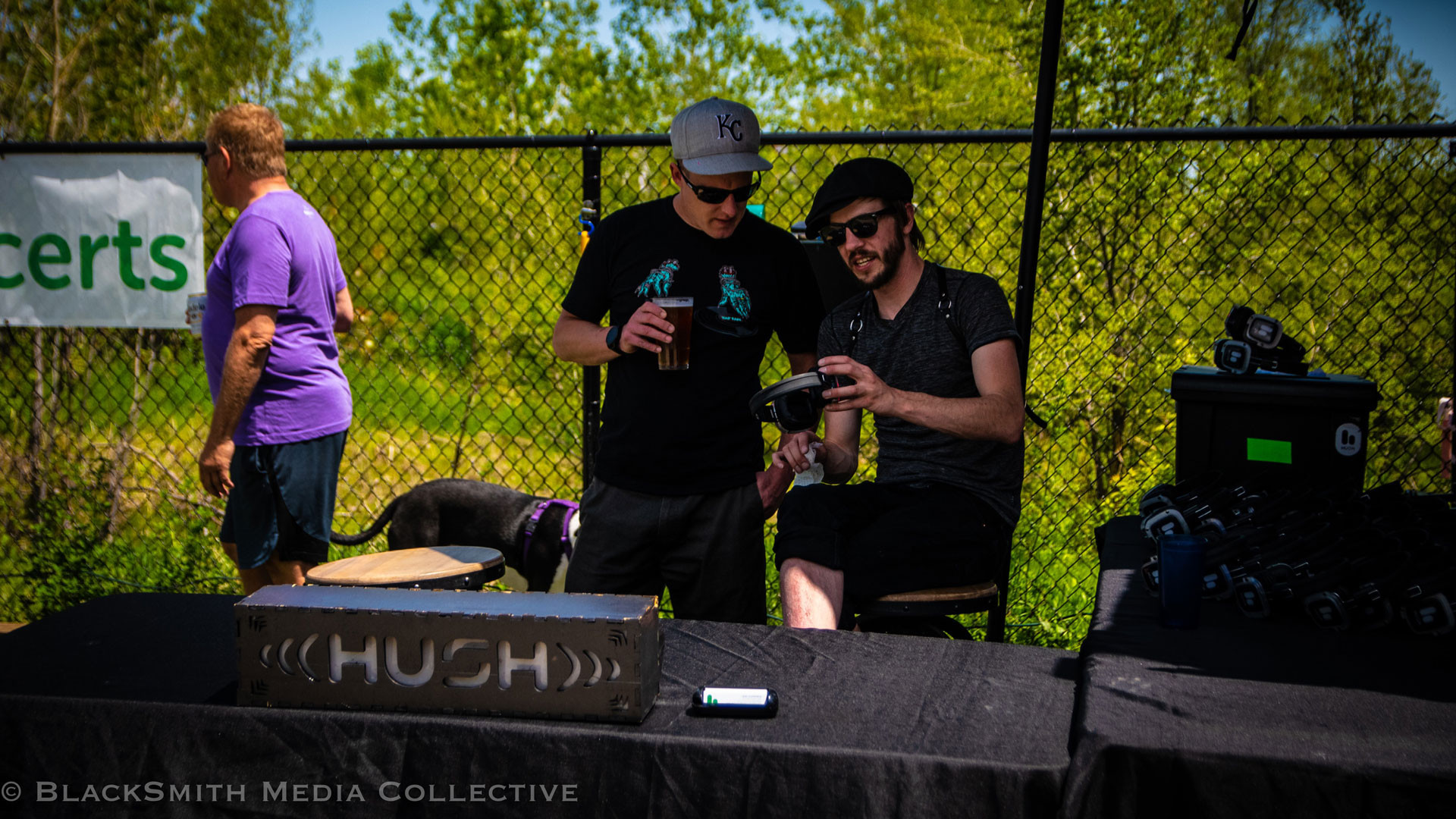 In many ways, Summers has a history of creating novel experiences wherever he goes. In college at Santa Clara University, he happened to be the only student on campus with turntables and a PA. He got his start DJing at parties and bars all over campus. After college he moved to San Francisco, where he lived for 13 years. While there, he connected with the CEO of HUSHconcerts, Robby Kowal. Their friendship developed as Summers deepened his roots as a DJ in the Bay Area scene. Eventually, due to rising living costs and a desire to build his own company in a less competitive market, Summers moved back to KC.

“The plan was always to start my own business, an event production/entertainment company,” Summers explained. “But I also wanted to bring the silent discos that I loved so much from the West Coast to Kansas City, because I realized there were other promoters throwing parties but no one doing silent discos.”

Summers approached Kowal with an offer to buy the necessary equipment, but Kowal instead asked Summers to be the Kansas City Team Lead for HUSHconcerts. Since then, Summers has organized four silent discos with many more on the horizon. On top of managing the Kansas City market, he also runs everything within a 250-mile radius. “All the way down from Fayetteville, Arkansas to St. Louis, to Omaha and Iowa City,” he said. 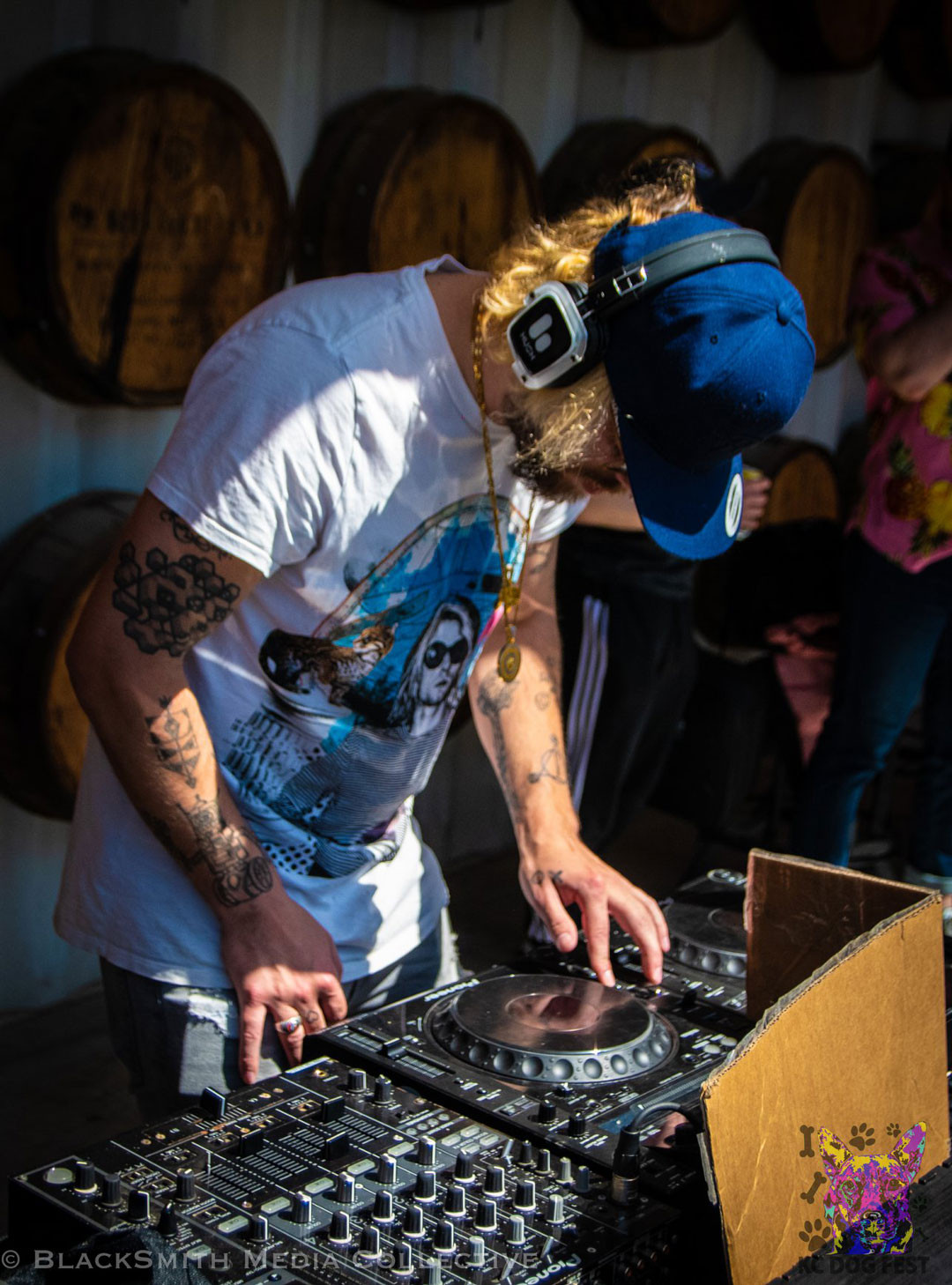 Beginning in 1997 as Silent Frisco, HUSH has since grown into a full-fledged production and entertainment company with offices in Chicago, Los Angeles, Portland, Las Vegas, Houston, New York and more.

On their website, the company describes their work as “relentlessly [innovating] to manifest creative solutions to the challenges of live event production in both common and non-traditional settings.”

In Kansas City, where underground venues are few and far between, the challenges of event production are especially apparent. But Summers sees this as a positive.

“Kansas City is ripe with art and culture,” Summers said. “There’s a lot of potential.” Where in cities like San Francisco, Los Angeles and New York, it takes “a lot of capital to make noise,” Kansas City’s small market and burgeoning arts scene makes it the perfect place to experiment and introduce new ideas.

This Saturday, May 11, HUSH launches their summer series, HUSHrising, to unfold across six cities including Kansas City. You can find Summers passing out headphones at Loose Park starting at noon. The event, which runs until 6 p.m., features 12 DJs — six on each channel. Selectors include local favorites Prismada, Curvatur3, Coughman, DJ Pintsize and more. You can find further information and tickets here.