Kansas City is no stranger to dance music. Venues like the Truman and the Midland regularly host mainstream EDM acts to sold-out crowds. From the outside looking in, you’d think dubstep was all this city knew. But alternatives exist. Away from the bright lights of the Power and Light District, away from the throngs of concert goers awaiting entry into the Sprint Center, off somewhere in a fog-filled warehouse in the West Bottoms you’ll hear a different kind of sound — the sounds of the underground.

Among the city’s prominent purveyors of this sound is local collective and record label, C minus, consisting of Ryan Loecker (mdo), Ken Nicole (Pil) and Eli Mitchell (Elijah). While the collective maintains an air of mystique in Kansas City’s underground scene, one thing is clear: they’re not afraid to be themselves. 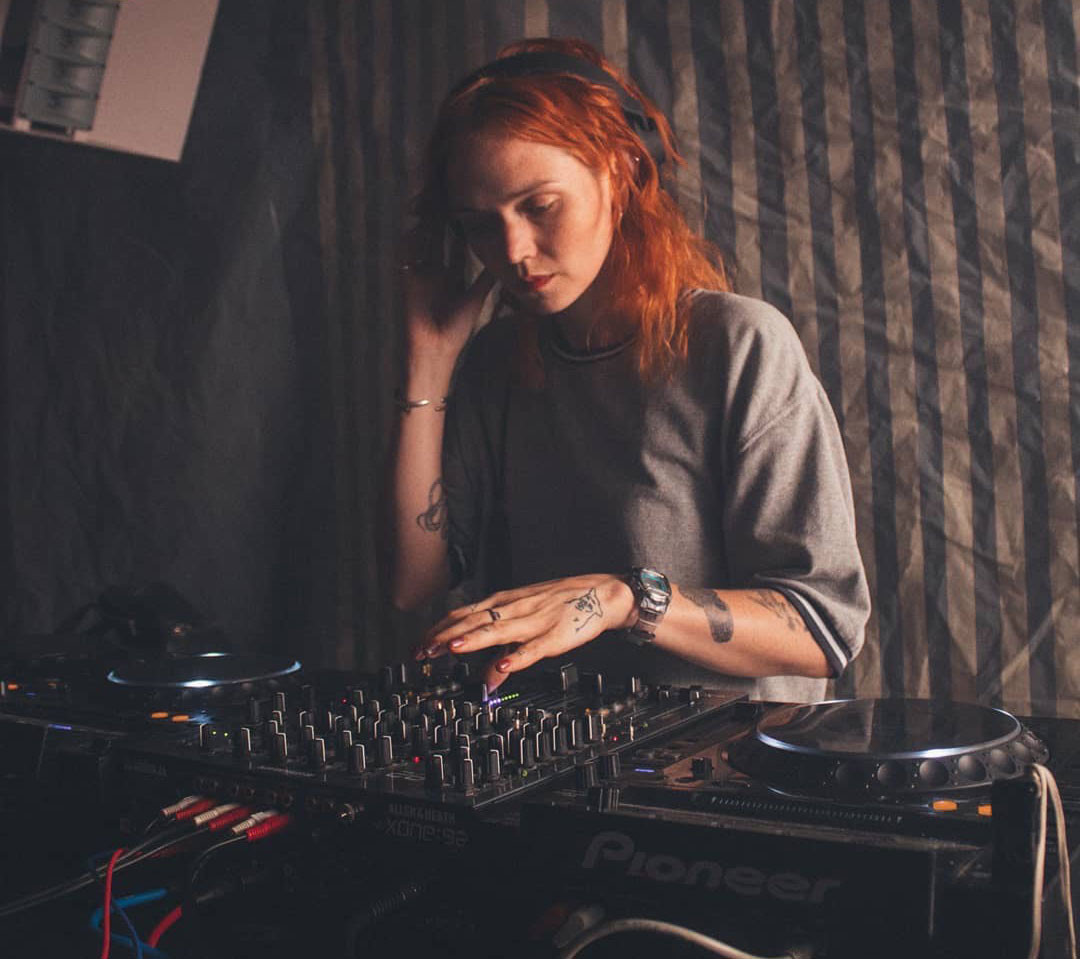 Since 2017, the trio has churned out an eclectic weekly mix series from artists around the world. The series regularly features mainstays in the global underground — artists like Roza Terenzi, Aurora Halal and Huerco S, as well as a dizzying number of lesser known but equally talented selectors. The mixes usually span an hour, and that’s about all they have in common.

“We don't have a specific thing we’re looking for with mixes. We don't make a particular genre," Loecker said about the series’ curation.

And that’s kind of the point. While bigger venues and promotional companies cater to the city’s demand for mainstream EDM, C minus quietly produces a thoughtful array of productions, mixes, compilations and events that “focus on what lies outside the margins,” as Mitchell put it.

This past June, they held a summer concert series at the Union Library with headliner Physical Therapy AKA Daniel Fisher — a prolific Brooklyn-based producer, DJ and head of the Allergy Season label. Beneath the glowing lanterns of the Library, Fisher played a genre-defying set to a full crowd, incorporating everything from garage-influenced bass tracks to pummeling breakbeats. It was dark, but playful too — a refreshing departure from an endless 4/4 kick.

Ken Nicole (AKA Pil) DJing in NYC; she'll be among the openers for the rave on Dec. 27. | Photo: Ryan Loecker

In two weeks, C minus hosts their second concert series of the year, on Friday, Dec. 27 and 28. The first night is an all-out wintertime rave featuring Brooklyn heavyweight and co-founder of Discwoman, Umfang, with Pil, Elijah and Clueman on support. The second night is a “cool down” ambient experience with live sets from Philadelphia-based artists, Pontiac Streator and Ulla Straus of the West Mineral Ltd. imprint. Pitchfork recently named their most recent release, “11 Items,” among the Best Electronic Music of 2019 alongside native Kansas Citian Mister Water Wet and his album, “Bought the Farm.” Mister Water Wet will be joining UN/TUCK resident Whorxata, Bacxte and mdo on support.

The crew will also be playing at El Pozo this Saturday, Dec. 21 with LA-based artists, Finer Things and Desiree Monique. After that, expect 2020 releases from all three members, some potential shows in Europe and of course more mixes and events in Kansas City. For more info on the Dec. 27 and 28 shows, visit the Facebook event page.