Bomba is more than a genre of folk music. It’s a dialogue of rhythm, song and dance built on resistance and survival of enslaved people in Puerto Rico.

These days it has appeared in Black Lives Matter protests that ensued following the deaths of George Floyd, Breonna Taylor and Layleen Polanco, who were all Black. Improvisational dance and drumming joins the chants, signs and raised fists, all of which signify a push for change.

“Seeing how our brothers and sisters are being treated, not being well taken care of … we feel the need to stand up,” said Yaira Velez, founder of a Kansas City-based Puerto Rican dance group called Cuerpo de Baile Areito Kansas City.

This week, Areito members published a video where they perform bomba as a sign of solidarity with the local Black community.

The New York Times called it the “enduring rhythm of Puerto Rico.” After 500-plus years, this style of drum, dance and song permeates Puerto Rican culture, which is a mixture of African, native Taino and Spanish influences. The act is almost spiritual, akin to spiritual hymns and gospel songs sung by enslaved communities in the United States.

Though it’s a long-standing tradition that likely began in the mid-to-late 1800s, the Cepeda family popularized it in the 1930s, according to a documentary called “Bomba: Dancing the Drum.” Their leaders were Doña Caridad Brenes Caballero and Don Rafael Cepeda.

“Es una responsabilidad muy grande,” said Tata. It’s a big responsibility. She is Rafael Cepeda’s great-granddaughter and has carried on the torch through performance and education.

Translated, she said, “The genre involves a lot of pain and many deaths, because in everything that we express, we’re talking about that part of history where our ancestors were enslaved.” 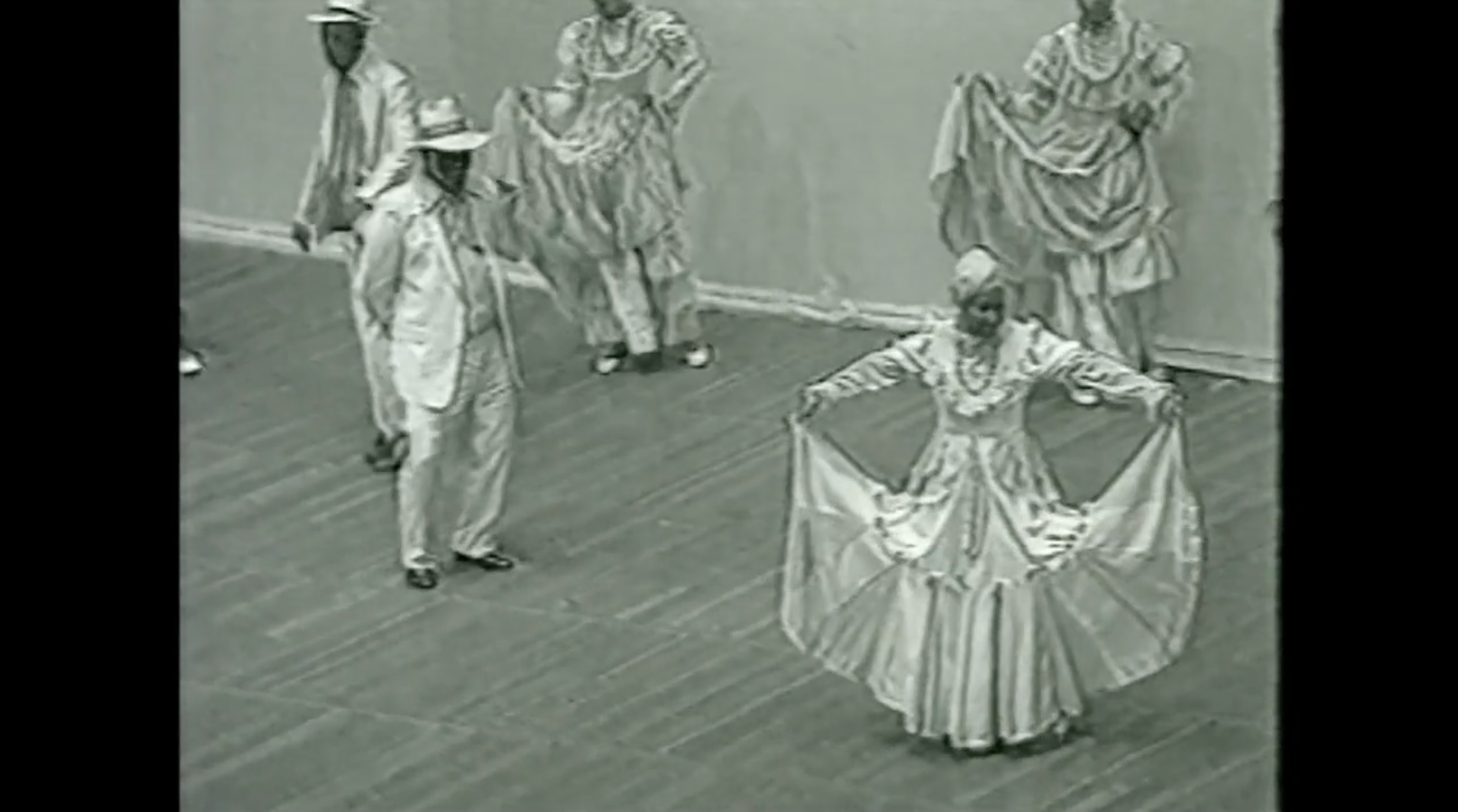 The Cepeda family has practiced bomba for eight uninterrupted generations, teaching it and its historical significance to their children. Understanding its roots as a genre of resistance is important.

Dancers don ruffled skirts and hair turbans, which hearkens back to their African heritage. When the dancer moves – whether it be a swoosh of the skirt or shoulder shimmy – the drummer follows and slaps the drumhead to her every movement.

The genre is rooted in other similar African forms of song and dance that began on sugar plantations when Spaniards took control of the island. Some historical accounts claim the first African to arrive on the island was free and arrived with Spanish conquistadores. But, the Spanish used slave trade to build an agricultural system for sugar and coffee.

So after a hard day’s work, the drums came out and the enslaved began to move, shaking off the pain and frustration through improvisational dance. Styles of dance and movements vary depending on the region.

"We use the bomba genre to project our anger, our sadness ... We do understand what Black Lives Matter stands for and we support it because enough is enough," said Barbara Liz, who is Tata's daughter and Rafael Cepeda's great-granddaughter. 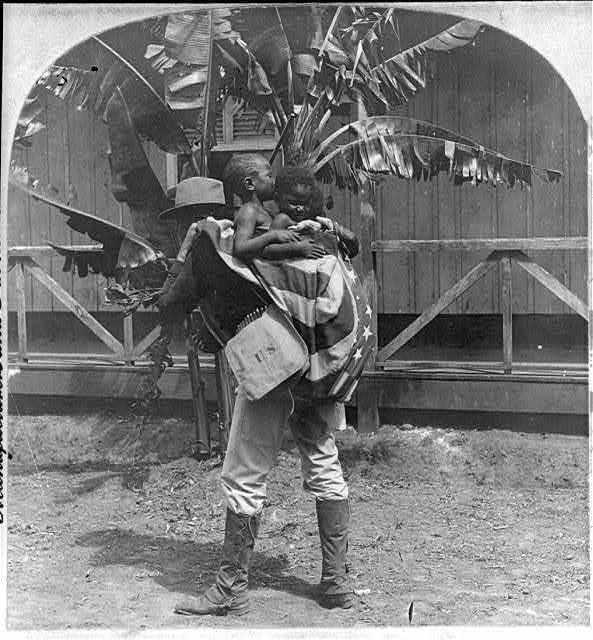 Bomba has been described as anti-systemic, anti-racist and anti-oppression. So for another Puerto Rican in the Midwest, Maria Isa, seeing these public displays folded in with the protest is “powerful.”

“I’m happy to see that in Kansas City, a small Puerto Rican community, (performing) Bomba for Floyd,” said Maria Isa, a performance artist and host of a Latinx Theory podcast.

Isa knew Floyd. He worked at a club she performed in and, being a Latina in a Midwest city, she says he saw and protected her.

“George Floyd made us feel safe,” she said. “I won’t ever be able to give him a hug around his waist because he was so tall, (but) we have to keep up the momentum. George really believed he was going to change the world. He really is changing the world.”

In Loìza, Puerto Rico they are protesting for Black Lives Matter with bomba, the islands traditional music which is rooted in Boricua’s African heritage pic.twitter.com/IKk1RKvbOq

For Yaira Velez, reconnecting with her Puerto Rican roots began in the early 2000s when she moved to Kansas City. Fast-forward to today and she calls it her second home.

But something was missing. The sense of community and tradition.

Around four years ago she founded Cuerpo de Baile with her sister and a friend. They were a small but determined group, focused on elevating and displaying the Boricua culture in the Midwest. Since then, it has evolved into a cultural hub of support. What began as a two-person team has grown into a 12-person group.

Every year, the group participates in the Ethnic Enrichment Festival and puts on shows displaying bomba and plena – another genre known as the “sung newspaper” – for Hispanic Heritage Month. During the holidays, they host parrandas, a Puerto Rican style of Christmas caroling that involves going house to house for food, drink, music and dance.

No matter what, every season, celebration or day of observation, dance is involved. Just like it is in current-day protests. And these past several weeks their efforts have been refocused to support the days-long demonstrations first sparked by George “Perry” Floyd’s death, but propelled by many others.

“Those dances are really part of the Puerto Rican fabric … they’re old, part of our history,” Velez said. “Bomba became a vehicle of resistance; it was a way to affirm their African culture.”

At root, demonstrations on the streets in 2020 mirror demonstrations on plantations in the 17th century. That’s because, Tata Cepeda says, the practice of bomba sheds light on the persistent maltreatment that has plagued Black communities in the Carribean and in the United States for hundreds of years.

She encourages folks who are protesting to embrace bomba as part of their battle cry, because she says what’s happening now is a civil war. In the late 1800s, bomba not only helped comfort the oppressed and serve as a release for glimpses of joy, it also served as a tool for rebellion against slavery.

And that’s just what Cuerpo de Baile Areito in Kansas City is doing.

“We’re unafraid, we sing our hearts out,” Velez added.

—Vicky Diaz-Camacho is Flatland's community reporter, leading the CuriousKC initiative and investigative reporting efforts. Vicky has been at Kansas City PBS since October 2018. Her work has appeared on NPR, KCUR and the Kansas City Business Journal. Vicky moved from the Southwest to the Midwest – specifically from the "West Texas town of El Paso," as Marty Robbins sang. She is a proud Mexican-Puerto Rican American, which has motivated her to find and listen to overlooked voices in the community. Send her your questions at vdiaz-camacho@kcpt.org.

A Different Kind Of Pride: Perspectives On 50 Years Of Celebration, Part 1