“Wretched” emerges as one of the most buoyant songs on the album. With sparsely arpeggiated piano chords and an airy backbeat, Xavier Martin’s production and Jade Green’s rhapsodic voice allow us to retreat to an idyllic realm. But its lyrical content — written well before recent protests and discussions on racial injustice — is steeped in the troubling, enduring history of systemic oppression.

It’s one of several juxtapositions from a band elevated by the intersection of two kindred storytellers.

Though both members of The Black Creatures attended the same high school three grades apart, they weren’t really acquainted until later, when Green approached Martin for the opportunity to sing on one of his tracks. Additionally, as two people who grew up with interests outside of Black cultural norms — like science fiction, anime and horror films — they discovered a “remarkable and unprecedented kinship” as creative partners.

A musician trained in classical violin — and for a time, an aspiring video game designer — Martin is the band’s producer.

“A lot of what inspired me to code [games] is what inspires me to make music,” he said. “It’s something for me to take apart and put back together in a way that makes sense to me.” He composes rich orchestral movements grounded in concepts similar to video game design, where varying layers of gameplay encourage replay value.

"The first mission is to go through the game. The second time, you might notice something different," Martin said. "That philosophy of having multiple routes is something we started doing with our music." 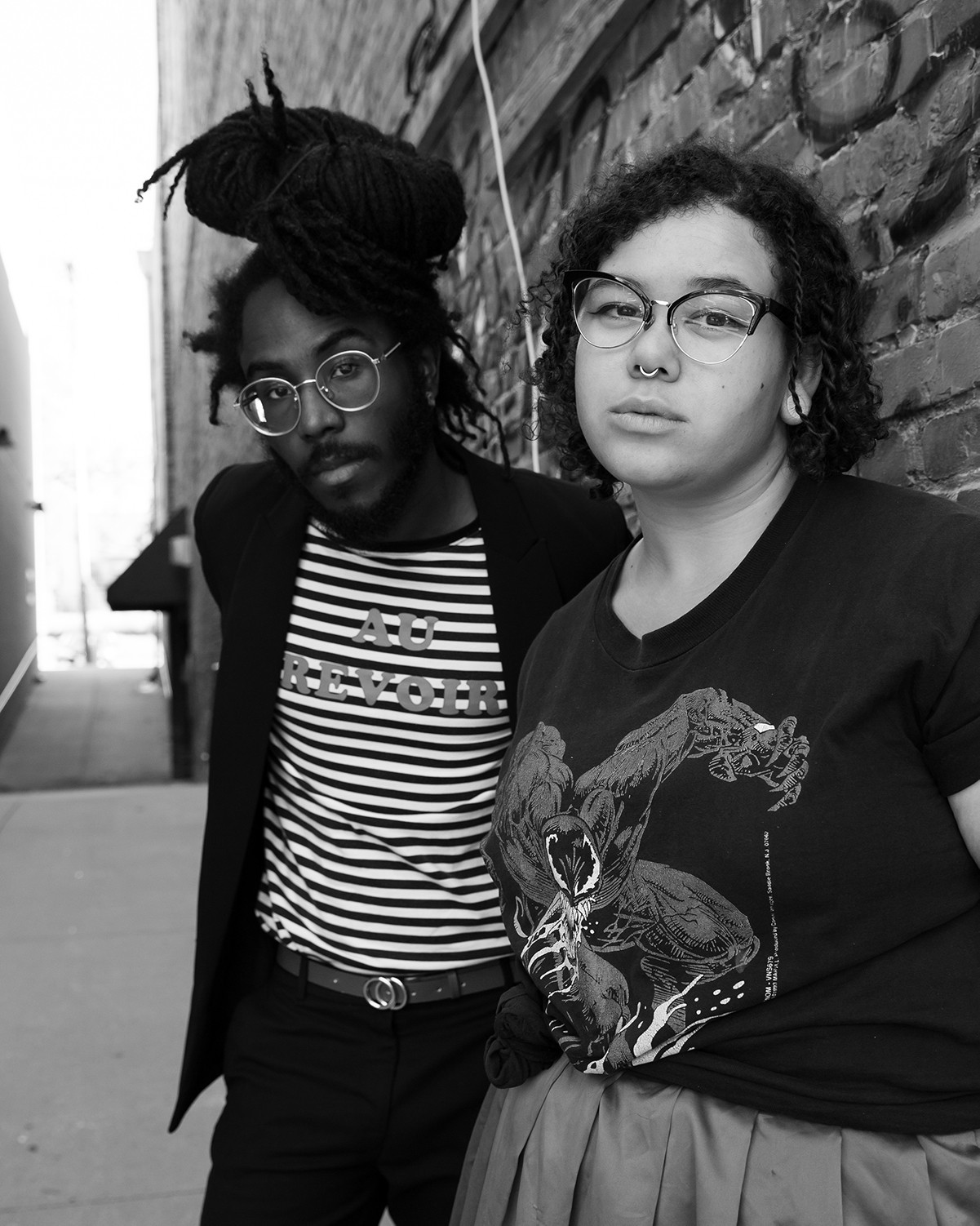 Martin’s methods of design and structure contrast with Green’s, whom he refers to as having a “free-flowing nature” that provides him a greater sense of purpose and direction as a producer. The two often co-write songs and occasionally trade bars, but it is Green’s voice that permeates the darkest and deepest corners of The Black Creatures’ soundscapes.

“I love authors who create entire worlds and give you a whole new lens to look at their stories,” Green said, accentuating the effort that goes into worldbuilding and character creation. Many of Green’s influences include literary storytellers who blended fantasy and reality while challenging notions of race, gender and sexuality — authors like Zora Neale Hurston, Ursula Le Guin and Octavia Butler.

“When you dig into our lyrics, there’s a lot of talk about space,” Green added, citing writers like Butler and Toni Morrison, who often positioned Blackness with otherness. “It’s this feeling of not really knowing where home is, or being told that you don’t have one in the world. These are all connected ideas that I’m thankful we get to do through our music.”

And within the best stories, readers discover relatable truths about the human condition. Within the fantastical constructs of their songs, The Black Creatures challenge listeners to do the same. By unifying these disparate musical styles, creating interdimensional narratives and drawing from personal experiences, the duo develops a space for historically diminished identities to be reclaimed and societal expectations to be dismantled.

It’s a space in which the listener can examine the world through an alternate lens — one that isn’t bound by antiquated tropes or abusive power structures. One that considers the universal pain of alienation and celebrates the ubiquitous joy of liberation.

As the closing moments of "Wretched" reflect, it reimagines a world where humanity can forge ahead together — to "change the tone, collect our own... It’s our responsibility to grow.”

“We have to switch from assigning fault to assigning responsibility, and stop waiting for people to give us our freedom because so far it’s not happened,” Green said. “Stop waiting for permission to go ahead and get free, and instead build up from where we’re at.”

“Wretched (It Goes)” will be available on all major digital streaming platforms on Friday, July 17. It’s the first single from The Black Creatures’ full-length debut “Wild Echoes,” releasing nationwide on Friday, Aug. 28 via Center Cut Records.