In their 20th anniversary as a band, The Decemberists are embarking on their 20 Years Before the Mast tour. “Twenty years ago, in a basement practice space in Portland, Oregon, a bunch of musicians threw together under the name The December Brides, a name that lasted only a few hours before it was marginally improved to The Decemberists,” frontman Colin Meloy said in a statement. He continued by saying that the tour would celebrate the work they've made over the last two decades, "playing the hits, naturally, but digging into the deep cuts as well." 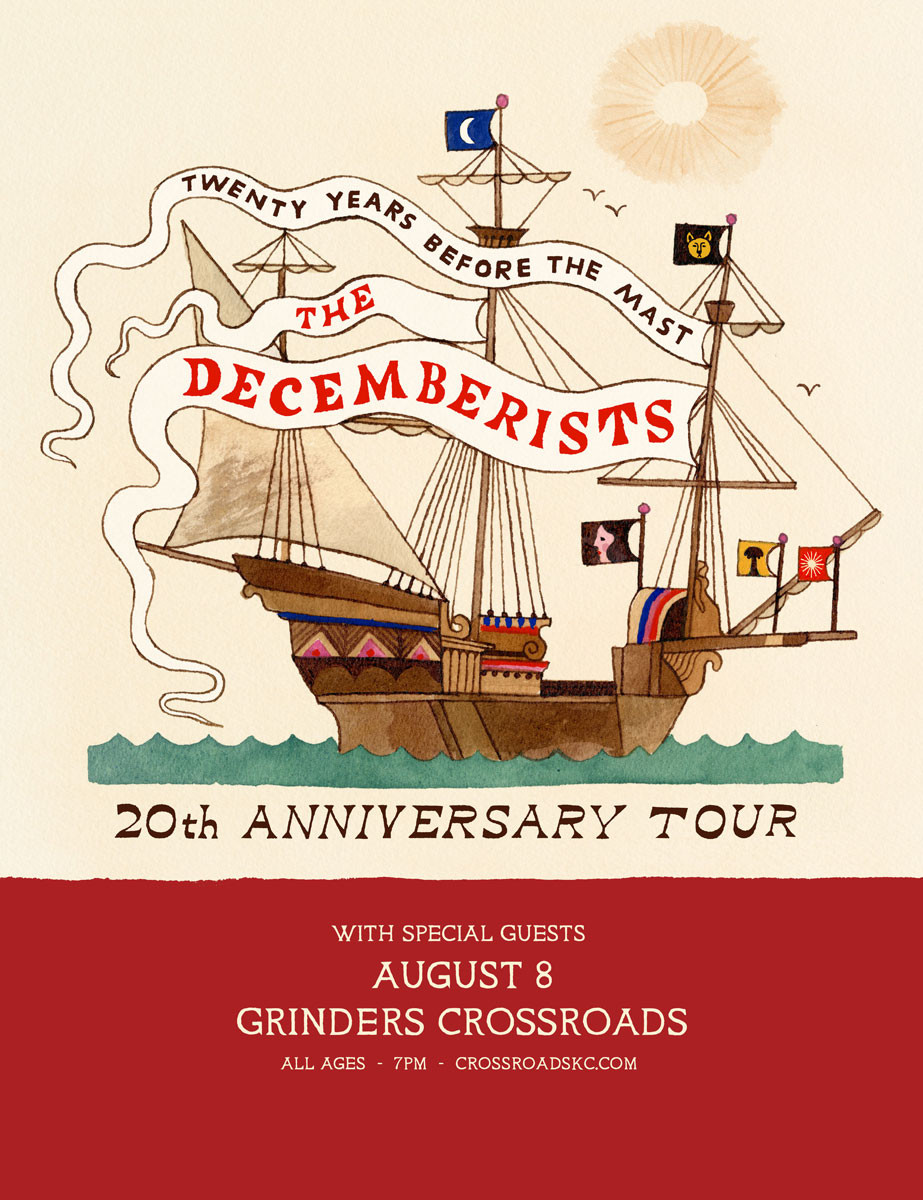 Get Directions to Grinders Crossroads