In October, The Avett Brothers dropped their 10th studio album, "Closer Than Together," the follow-up to the 2016 Grammy-nominated record "True Sadness." Led by brothers Scott and Seth Avett, The Avett Brothers have been described as having "the heavy sadness of Townes Van Zandt, the light pop concision of Buddy Holly, the tuneful jangle of the Beatles, the raw energy of the Ramones" by the San Francisco Chronicle. This concert will take place at the Ozarks Amphitheater in Camdenton, MO.

UPDATE: THIS SHOW HAS BEEN POSTPONED AND WILL BE RESCHEDULED. MORE INFO BELOW:

Due to circumstances outside of our control, we regret to inform you that Avett Brothers at Ozarks Amphitheater has been postponed with more information coming soon. Hang on to your tickets, they will be honored for the rescheduled date. 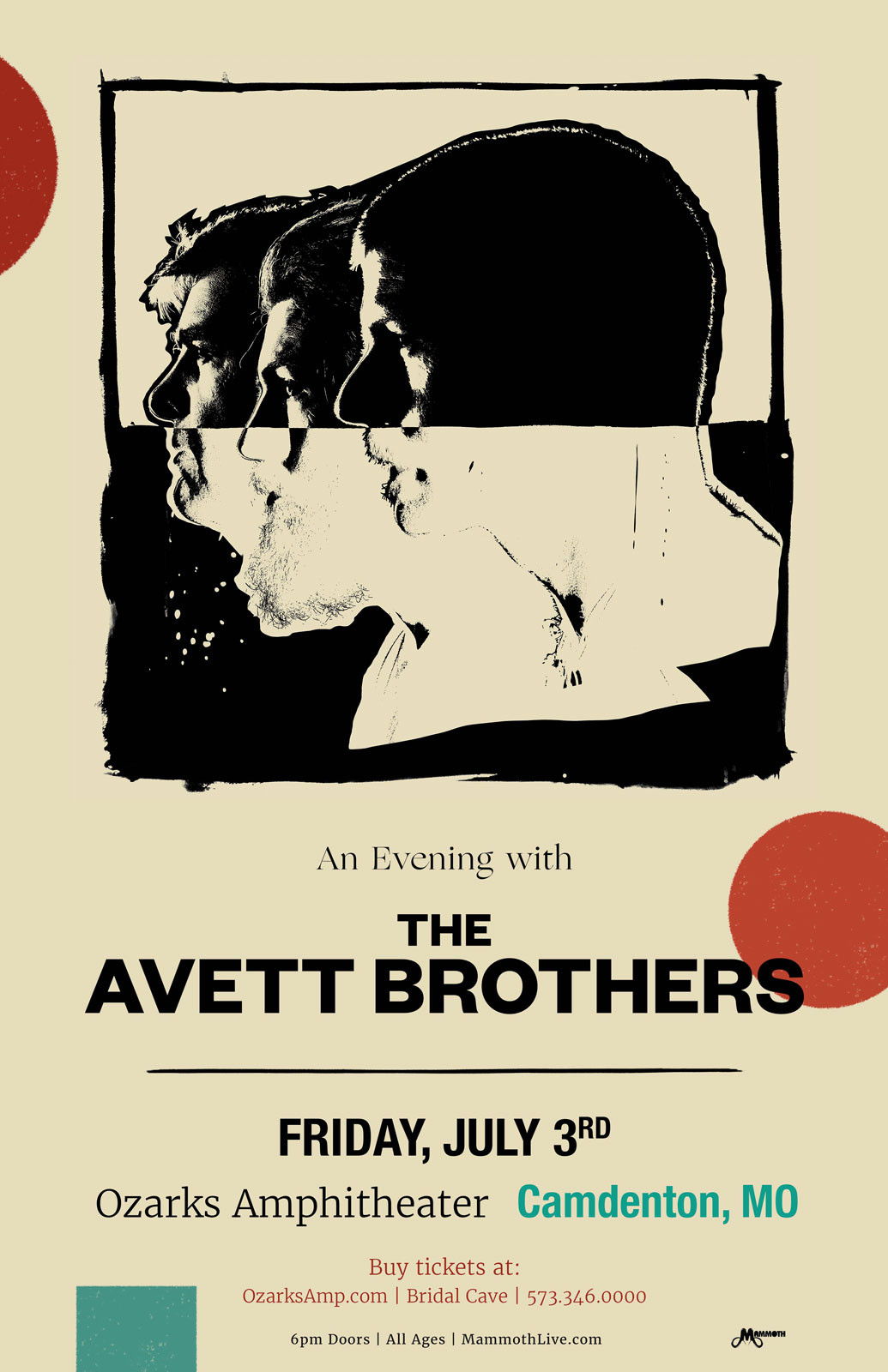 Get Directions to Ozarks Amphitheater

Episode The Avett Brothers, "I and Love and You"