My Morning Jacket's Jim James is heading on a tour in support of his latest solo album, "Uniform Distortion" and companion piece "Uniform Clarity," which features acoustic versions of those songs. James calls "Uniform Distortion" an album "of intentional chaos/dirt: literal and figurative distortion of lyrics and sound meant to echo and hopefully shed some light on the twisted times and distortion of the truth in which we now live. 'Uniform Clarity' is meant to illuminate the other side — raw and real, but very clear, much like in the early days of recording where all you could hear was the truth because there were no ways to manipulate recordings in the studio." Anderson East will support this show. 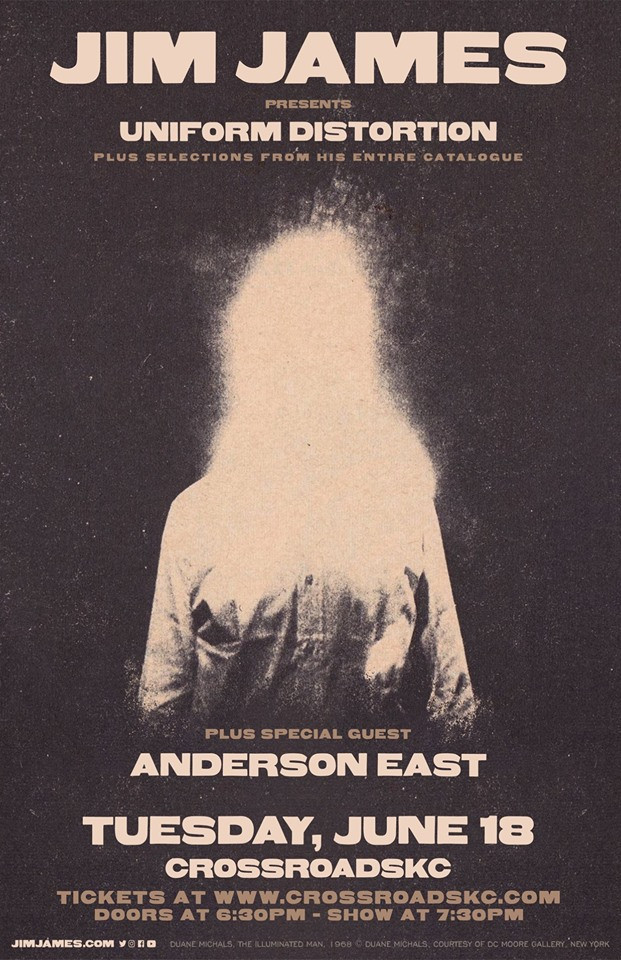