Acclaimed singer-songwriter and guitarist Jason Isbell is heading back to Kansas City with his long-time band, The 400 Unit, supporting their latest album, "Reunions." Jason Isbell & the 400 Unit has earned two Grammy Awards for its most recent album, 2017's "The Nashville Sound." Isbell has since performed and collaborated with Sheryl Crow, Bee Gees' frontman Barry Gibb, and country supergroup The Highwomen. In 2018, the band released "Live From the Ryman," recorded over six sold-out nights at Nashville's legendary Ryman Auditorium. Legendary songwriter Lucinda Williams will support this show, along with KC's own Madisen Ward & the Mama Bear! 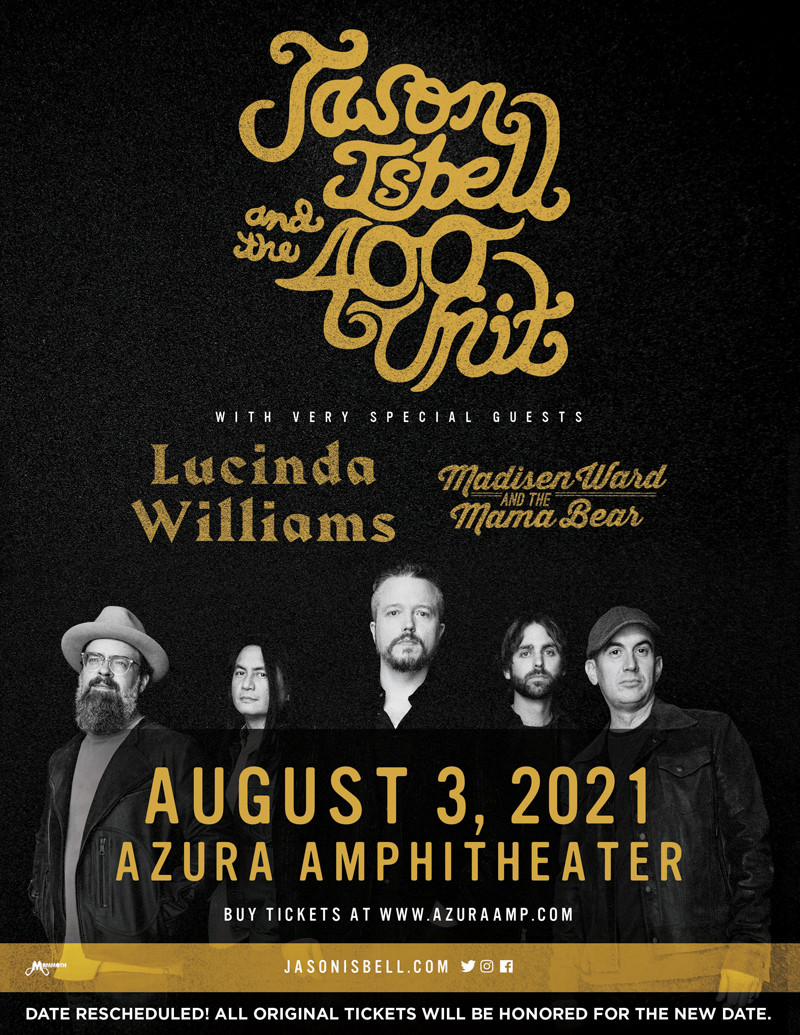 Get Directions to Azura Amphitheater

Wynonna Judd and the Big Noise