Hailing from Manitoba, Canada, Crash Test Dummies are a Juno Award-winning and Grammy Award-nominated folk/alt-rock band. Beginning in 2017, the group reunited for a 25th anniversary tour of its most commercially successful album, "God Shuffled His Feet." The album topped the charts in Austria and New Zealand, as well as charting in the top 10 of the U.S. Billboard 200 albums that year. The band is best known for "Mmm Mmm Mmm Mmm," the lead single from that 1993 album. They'll be celebrating 30 years as a band.

UPDATE: THIS SHOW HAS BEEN POSTPONED AND WILL BE RESCHEDULED. 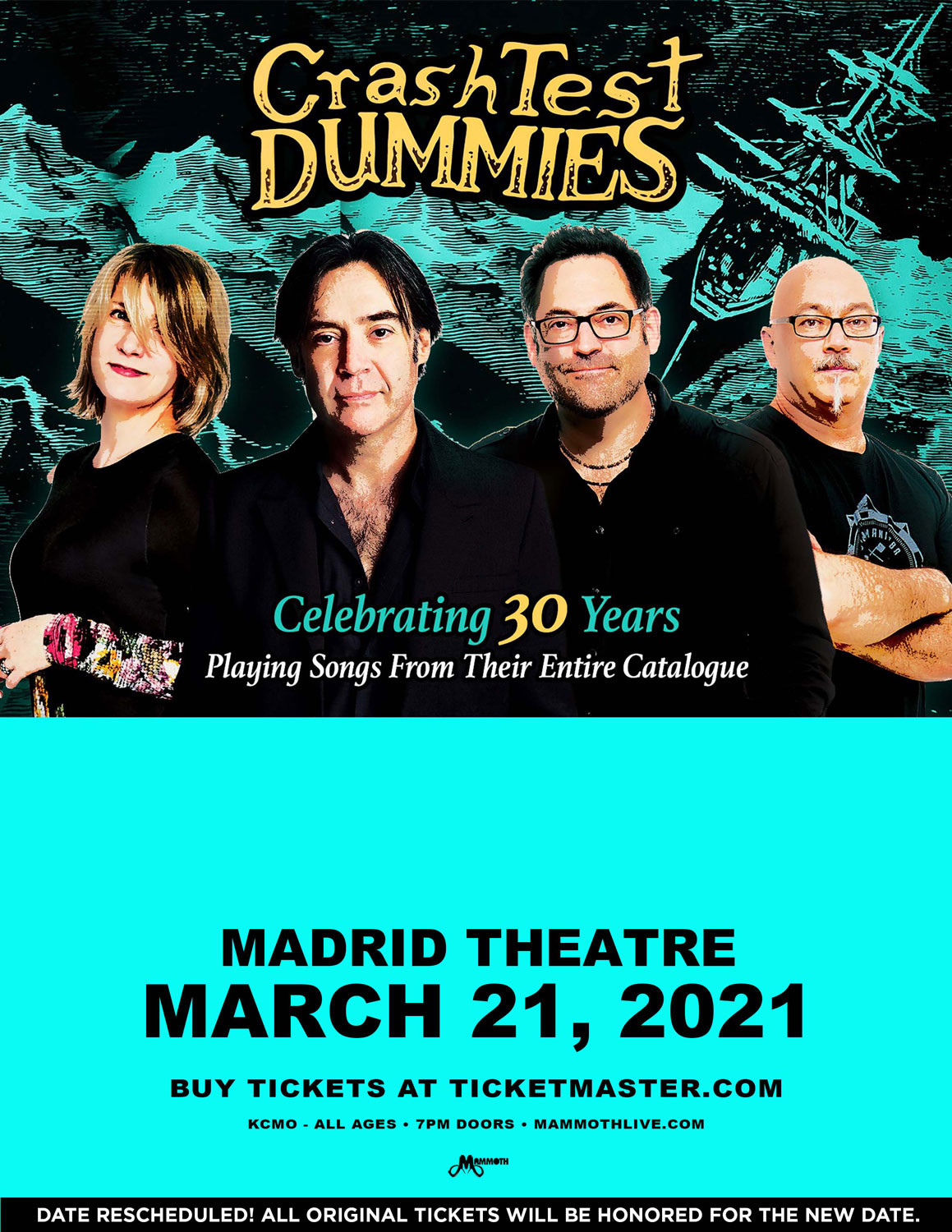