Based in the Kansas City area, Brewer and Shipley made its mark with "One Toke Over the Line," a song that became an anthem of the '70s counterculture. The folk duo has been inducted in the Kansas and Missouri Music Halls of Fame, and received Folk Alliance International's Spirit of Folk Award in 2014. The duo will celebrate its 50th anniversary at the Uptown Theater. They'll be supported by acoustic sets from Bob Walkenhorst and Jeff Porter of The Rainmakers, and The Nace Brothers. 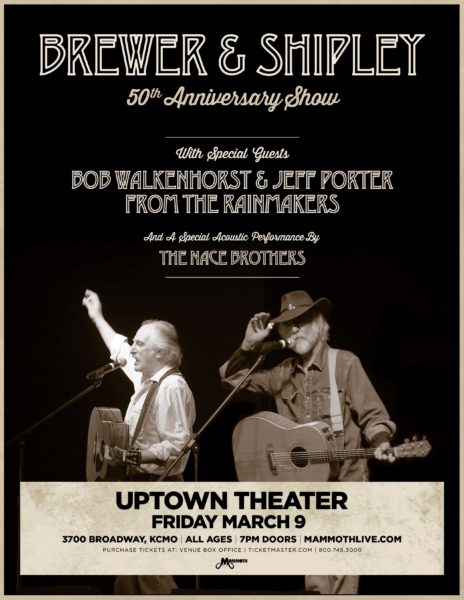